We all have a lot of respect and awe for the people who serve in the army, navy, and air force, but there is a force that is one step ahead of them in the field of danger.

They get rid of the possible dangers and go into a field that even the bravest people are afraid of. The Special Forces are these people. There are bravehearts in this field all over the world who risk their lives to help others and are known to be the smartest of the bunch.

Best Special Forces in the World 2020

It is very hard to rank or compare these Special Forces from around the world, but there have always been a few that have stood out in this interesting, difficult, and very dangerous field. Take a look at 11 of the world’s most feared Special Commando Forces. 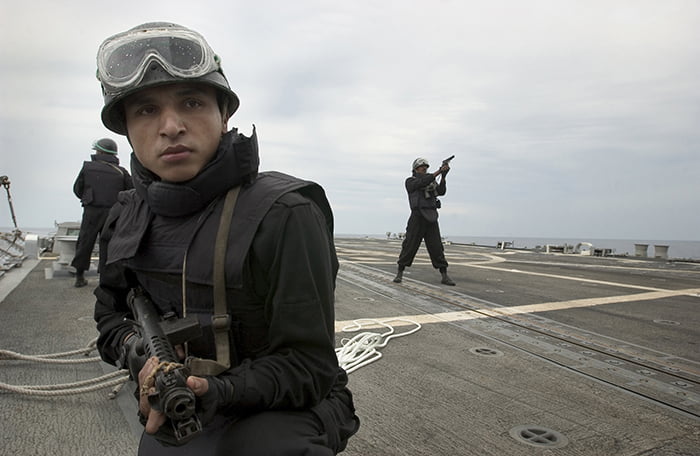 MARCOS stands for “Marine Commandos,” which is a longer name. Indian MARCOS are one of the most dangerous Special Forces in the world. They are trained in HALO and HAHO and have the best assault rifles, sniper rifles, and real-time war gear.

MARCOS has done a lot of important jobs, like the Kargil War, Operation Leech, Operation Swan, Exercise Balance Iroquois 03-1/Vajrstormehar, and many others, all while keeping a very low profile. “Dadhiwalee fauj,” which means “bearded army,” is what people call the MARCOS. They are the only Special Force after the US Navy SEALs who can fight in water with full-fledged weapons. 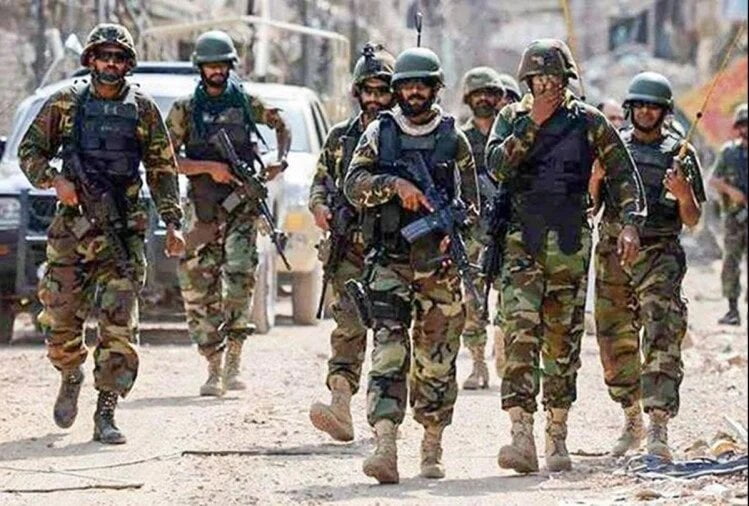 Imagine walking 36 miles in 12 hours and running 5 miles at full speed in 50 minutes. These are some of the things the Special Forces of Pakistan do as part of their training.

The group was discovered when they marched into a building and freed more than thirty-five people who had been taken hostage from the army headquarters.

People talk a lot about how they took part in the historic Indo-Pakistan wars and the Soviet-Afghan war. During the famous hijacking of Pan Am Flight 73, SSG had the courage to save people and limit the damage.

In another important mission, SSG commandos rescued children held hostage in an Afghan school bus in just 20 seconds. Yes, it only took the SSG a few seconds to kill all three terrorists. 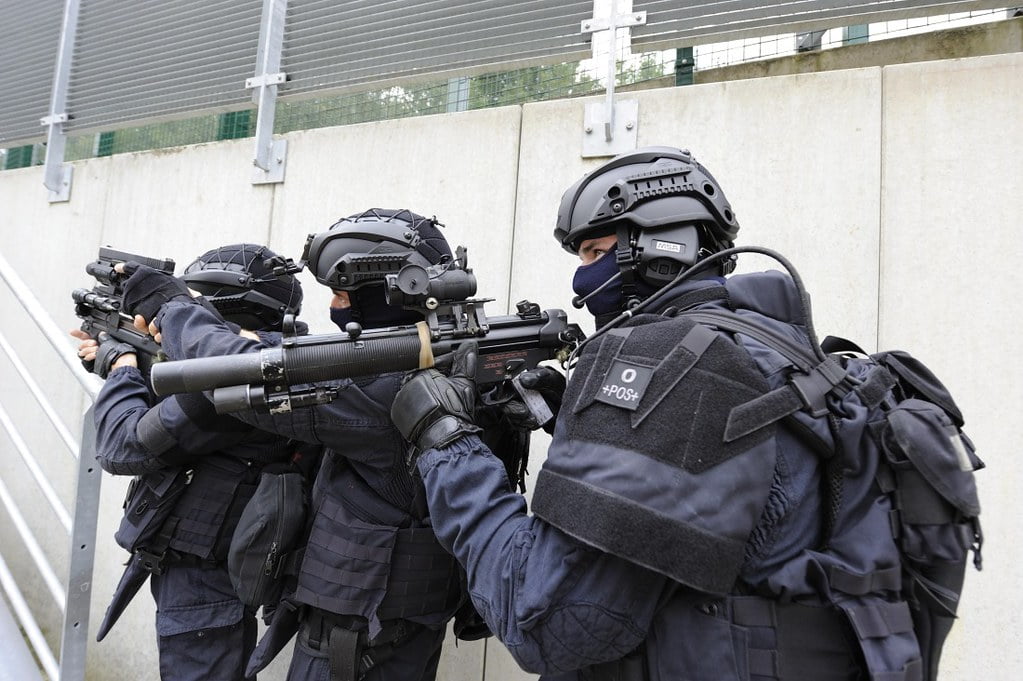 This dangerous task force has done everything from save school kids in Djibouti to catch war criminals in Bosnia. The force is one of the most dangerous groups in the world. It was formed after the 1972 Munich Olympics hostage killings.

They have the best training programme anyone has ever heard of, and they are ready to take out the Somali pirates with ease. GIGN is known for going after any threat to the country and its people. Their motto is “To save lives without regard for one’s own.”

This 200-person unit stays out of sight, and it is against the law in France to show pictures of their faces.

The seizure of the Grand Mosque in Mecca in 1979 was one of the bravest things GIGN has ever done. Extremist rebels took over the Masjid al-Haram in Mecca in an attempt to get rid of the House of Saud. GIGN joined the Saudi forces, but because non-Muslims were not allowed in the holy city, three GIGN commandos briefly became Muslims and helped plan how to take back the mosque. 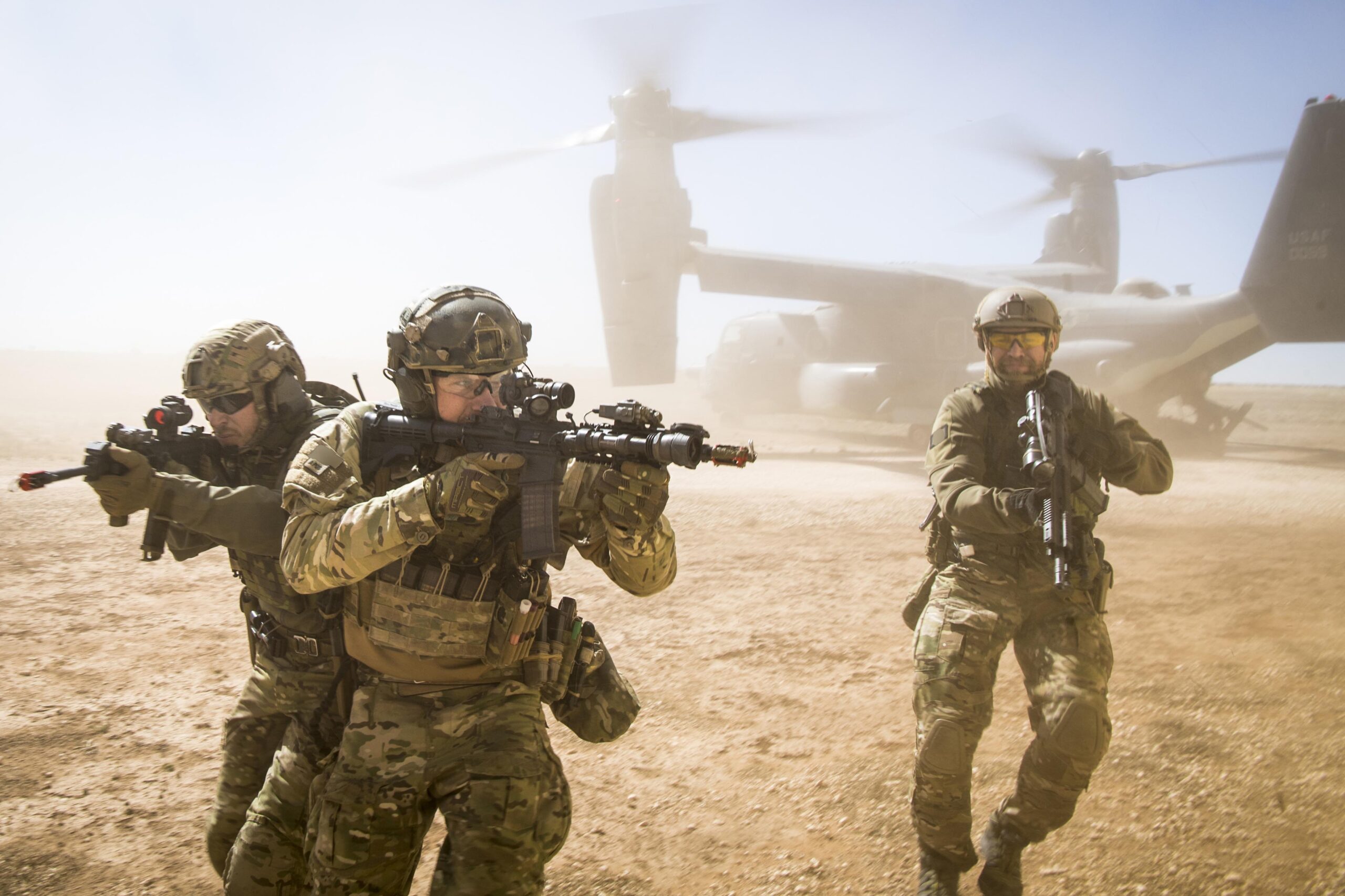 Their official motto is “De oppresso liber” (To free the oppressed), and their insignia is an arrowhead with a sword and three lightning bolts. This is why they are also known as the Green Berets. President Kennedy asked for this uniform in the 1960s.

The unit is full of tough soldiers, but the snipers are thought to be the most dangerous killers. This group of Green Berets trains with the best in the US for seven weeks. They are in charge of operations that help the coalition, help people in need, keep the peace, and fight drugs. 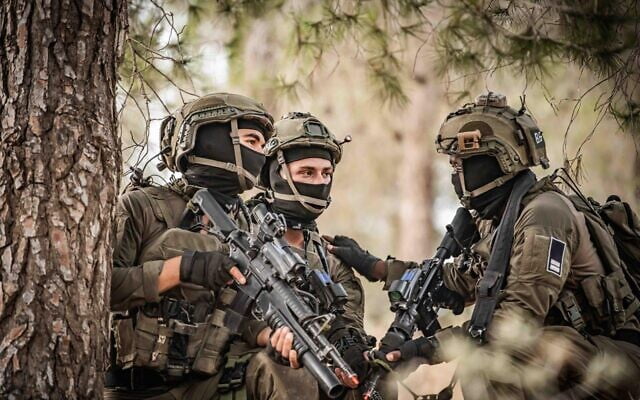 This is the Israeli Special Force, which has been trained to stop terrorists. People know that the members of this force are both physically and mentally strong. In the camp called Gibbush, people who want to join the military go through hard training exercises while doctors and psychologists watch them all the time.

They have been a big part of making things easier for Israel during the terror attacks in Palestine. One well-known example of Sayeret Matkal’s work is when they saved an Israeli taxi driver named Eliyahu Gurel after he was taken hostage while driving four Palestinians to Jerusalem in his cab in 2003. The unit found him in a 10-meter-deep hole in an abandoned factory near Ramallah and pulled him out. 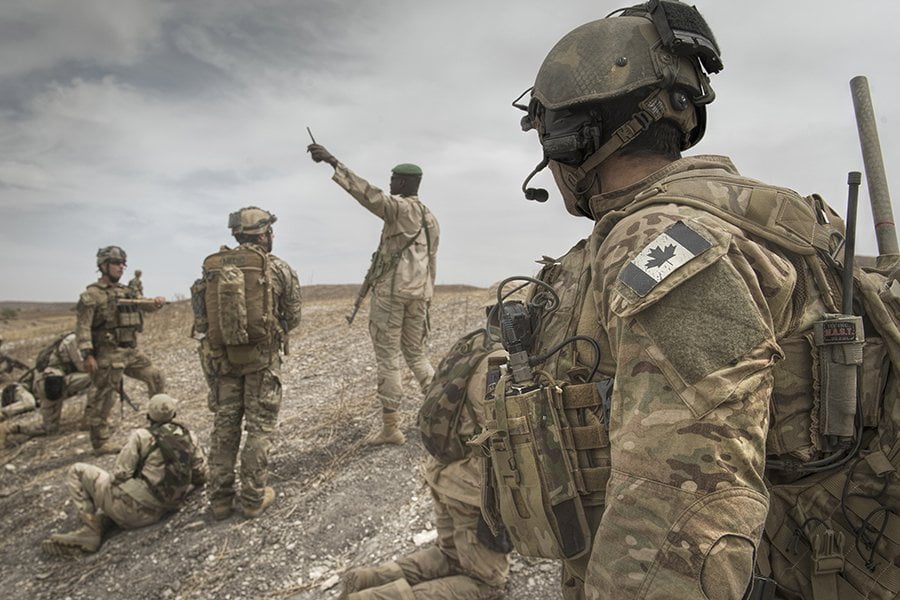 With only 23 years of history, this task force has grown to include several hundred people in a short amount of time. They have been in many dangerous places around the world, like Iraq, where they helped save hostages, and Bosnia, where they went after Serbian snipers.

The forces were also in Afghanistan, but what they did there was closely watched. JTF 2 says that it is “a scalpel, not a hammer,” which makes it a faceless, mysterious group that fights terrorism. This world-class elite troop doesn’t say much about how they do their very secretive work. 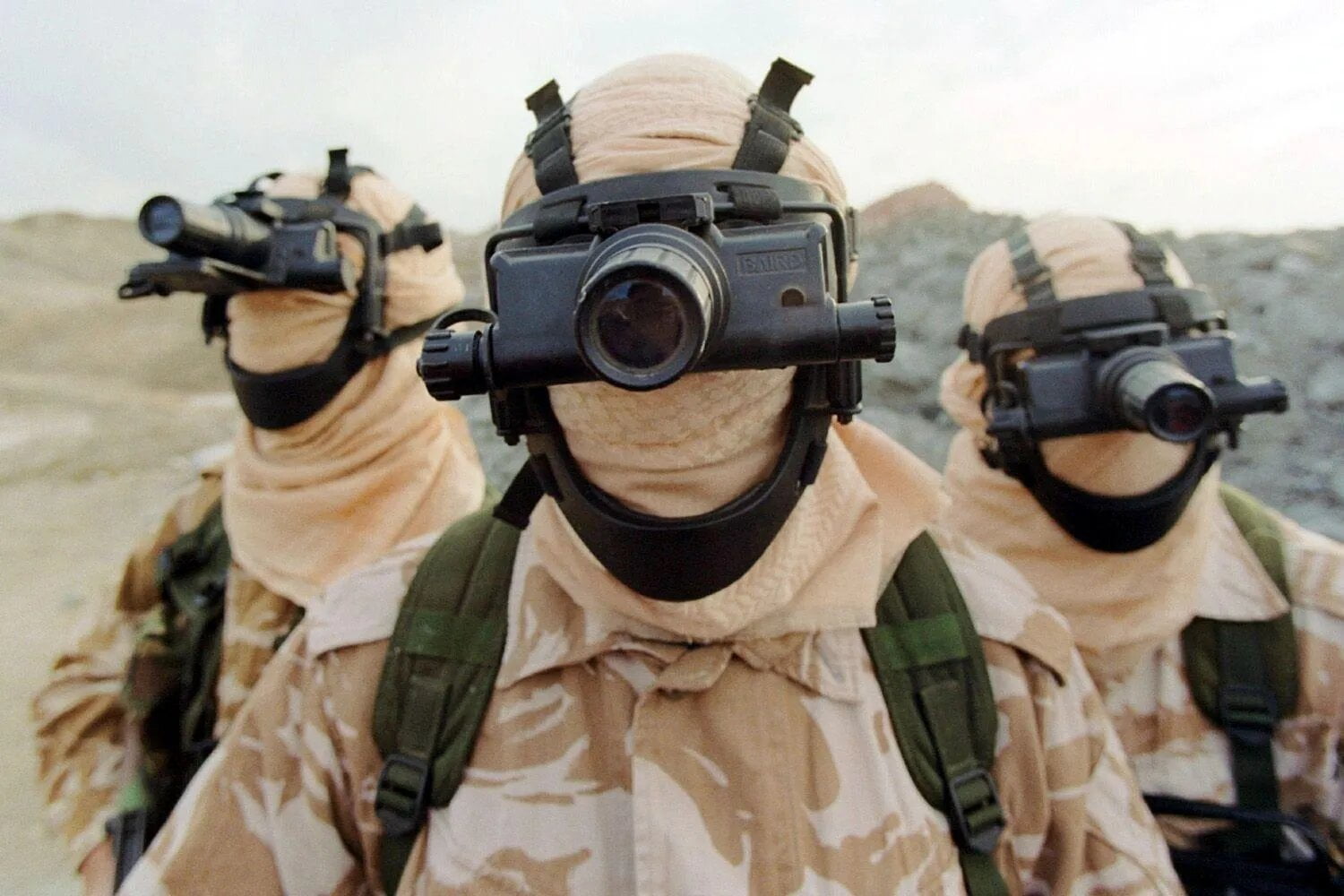 They are what Special Forces all over the world are based on. Even the United States’ Delta Force was made after its founder had worked with the SAS. They are the best fighters in the world, and they are also trained to be good in all other fields.

Their emblem says, “Who dares wins.” US General Stanley McChrystal said, “Essential.” He was talking about their role in fighting the wars that came after the Iraq War. Without them, I couldn’t have done it.’ 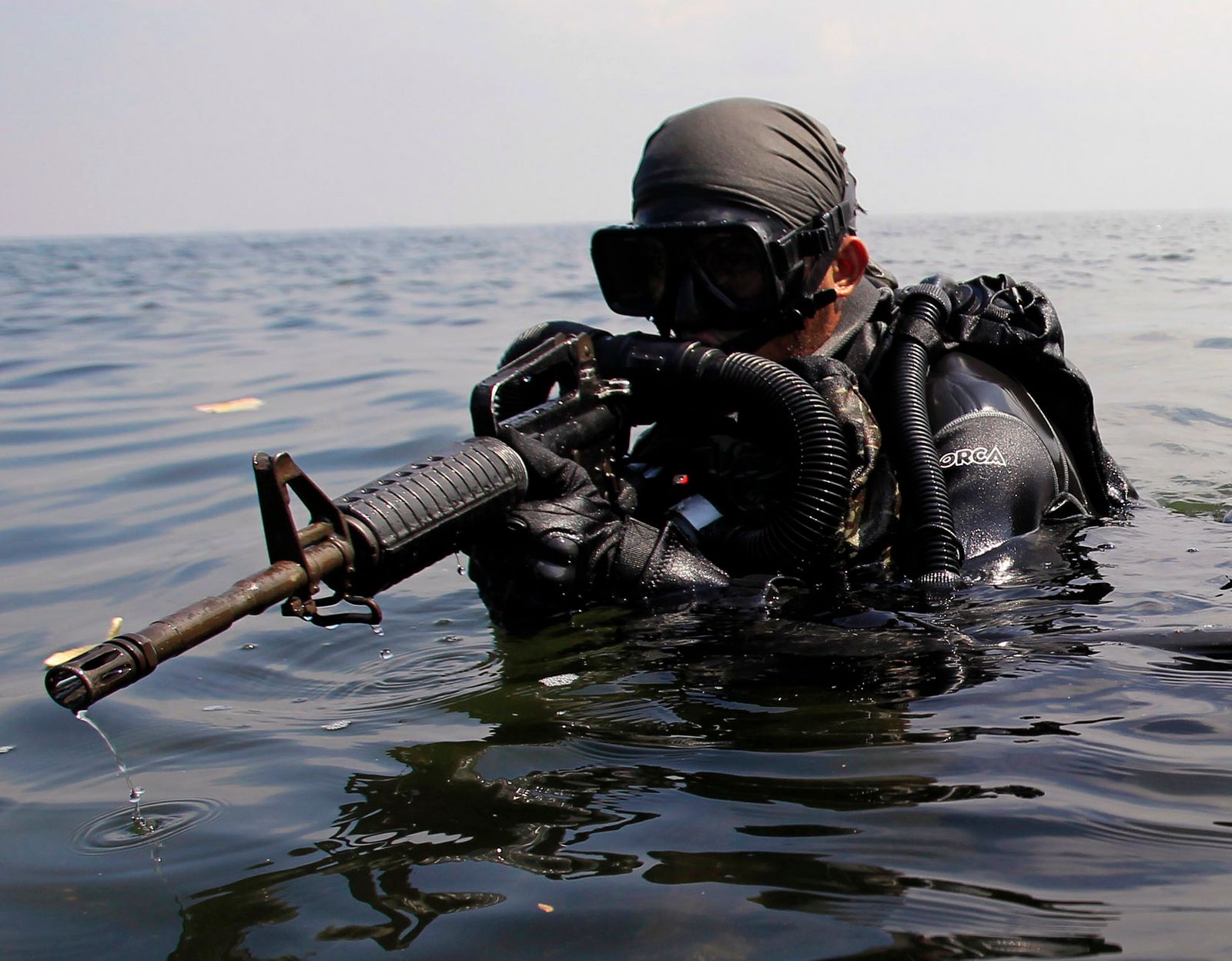 Before training even begins, you must be able to do at least 42 push-ups in two minutes, 50 sit-ups in two minutes, and run 1.5 miles in 11 minutes. Navy SEALs are the best soldiers in the United States. The word SEALs comes from the acronym SEAL, which stands for Sea, Air, and Land special operators. 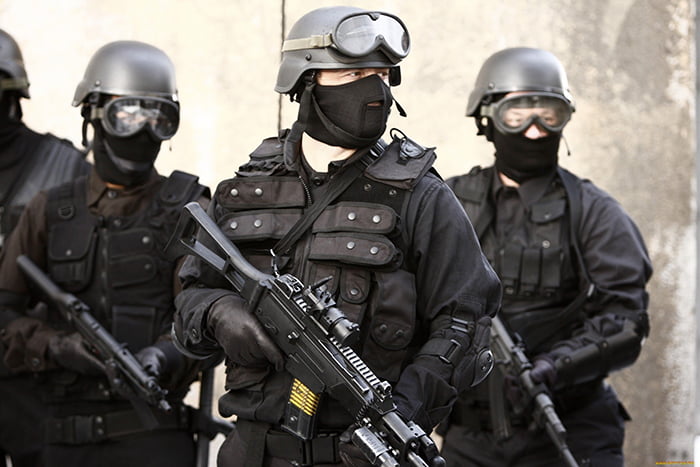 The Gruppo di Intervento Speciale (GIS) is one of the most elite operations to stop terrorism. This unit has been around since 1978. It is part of the Italian military police and is known for how well it shoots.

They have almost a hundred soldiers and work to stop terrorism, provide security services, and train people. 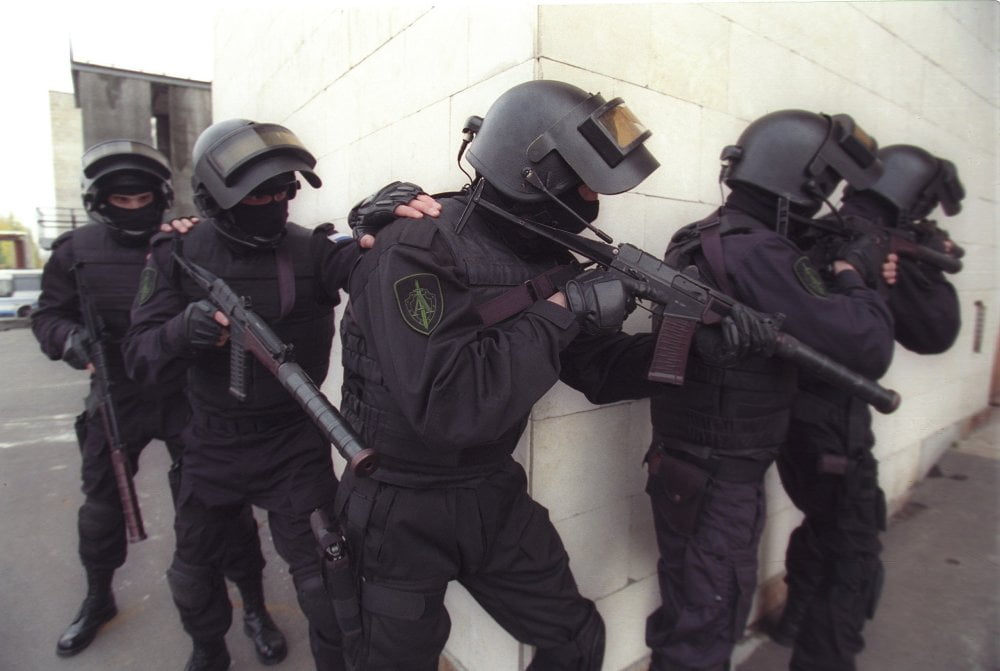 The alpha group is the most dangerous part of the well-known and feared Spetsnaz. This well-known task force began around the middle of the 1970s, and it came to the public’s attention during the invasion of Afghanistan. They are known for taking out their enemies in a brutal and heartless way.

Spetsgruppa “A” is another name for the unit. This is because of the way they work. During the Moscow theatre hostage crisis in 2002, when the FSB’s Alpha group used chemical gas to kill militants, 129 hostages died as a result. This caused the unit to get a lot of bad press. 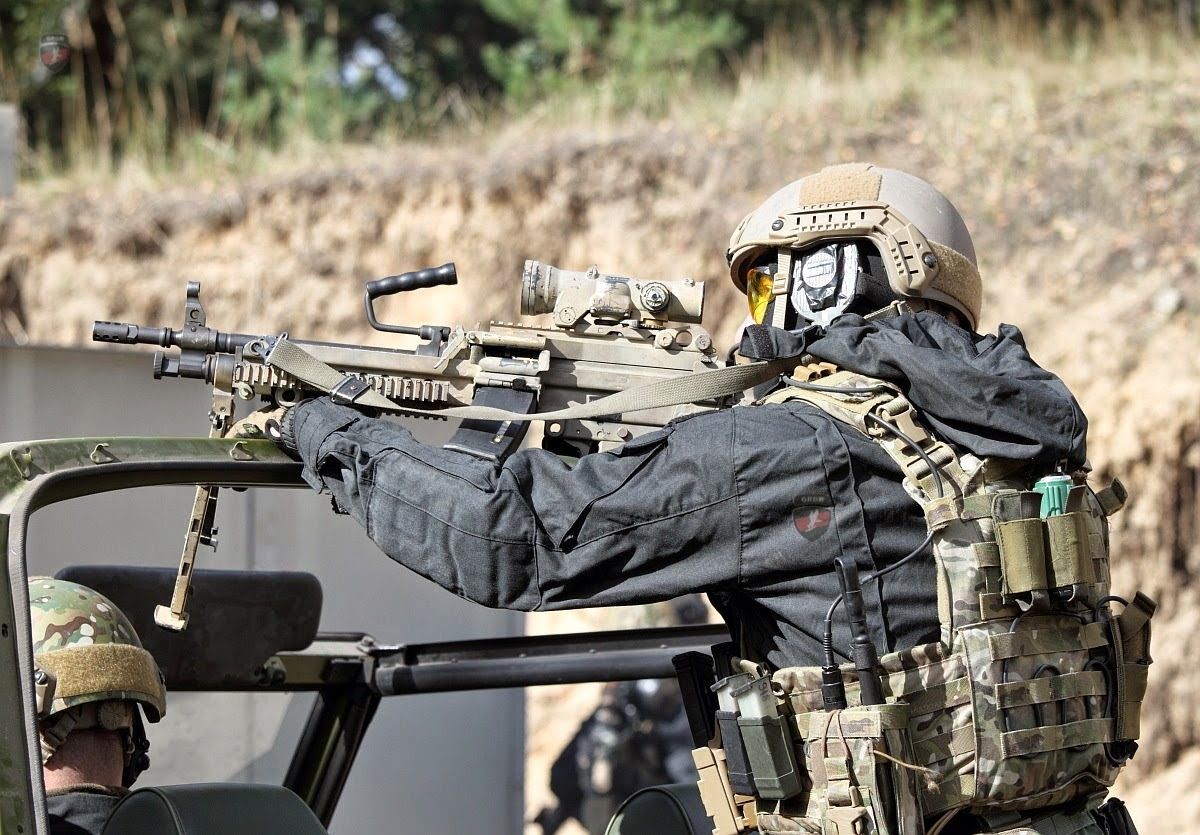 The Polish elite unit that fights terrorism is called GROM, which means “Thunderbolt.” Their tactics are fast, accurate, and deadly. The same idea was used to make this special force, which is in the same league as the British SAS.

They have worked with SEALs many times, and it is said that they gave the SEALs special training ideas as well. The GROM force is thought to have between 270 and 300 soldiers, and each one has to pass the “truth test” as well as a series of tough mental and physical tests

Ukraine Says A New Southern Offensive Is Getting Through Russian Defences