According to Air Marshal Vibhas Pande, commander of the IAF’s Maintenance Command, the Indian Air Force (IAF) has achieved 95% self-reliance in the provision of spare parts for the maintenance of its key assets and has saved Rs 600 crore in the previous five years by employing indigenous products. Additionally, he stated that in the upcoming three years, batteries and tyres will be produced domestically for all of the IAF’s important aircraft fleets.

During a two-day avionics indigenisation seminar, AVISEM-22, held at the Base Repair Depot of the IAF in Pune, Air Marshal Pande, Air Officer Commanding-in-Chief of the Nagpur-based Maintenance Command of the IAF, informed media.

Regarding the function of the IAF’s Maintenance Command, Air Marshal Pande stated, “The Maintenance Command undertakes the task of developing them whenever we encounter the problem in terms of non-availability of a spare or LRU (Line Replaceable Unit).

” You’ll be pleased to learn that as of right now, we have a 95% self-reliance rate for both mandatory replacements and spares that are a part of our Automatic Replenishment System (ARS). We have a plan in place that calls for having all the tyres and batteries on hand domestically within the next three years for the critical aircraft fleets. We won’t be importing any of these products.

The creation of more than 200 avionics scenarios was the main focus of this specific session. Because of this, we wish to spread the novel concept of the Modular Open System Architecture Framework so that we can utilise the technology at our disposal to its fullest potential.

Air Marshal Pande said after giving the keynote speech, “Indian Industry has always worked hand in hand with the Air Force. Because of their kindness, I can now say that I have achieved 95% self-reliance. When asked how adopting indigenous products may help lower costs, he responded, “To give you the sum of savings that we have accrued, in the last five years by using the indigenous products we have resorted to saving of roughly Rs 600 crore. That was the final figure we could come up with.

Technology developed for retreading of tyres of IL-76

Speaking more specifically about domestically produced batteries and tyres, Air Marshal Pande remarked that the Su-30 aircraft’s tyres have already been created. “We will start developing tyres for all of the aeroplanes that will serve us for more than ten years from now. We also created the technology for retreading IL-76 tyre tread, and we are successfully employing it.

We have created batteries for many fighter aircraft, some training aircraft, all MI-17 series helicopter batteries, AWACS (Airborne Warning and Control System), and the IL-76 and IL-78 platforms, among other platforms. Others are in the works and will bear fruit in due time.

The primary goals of the seminar, according to IAF officers, were to put the Union Government’s AatmaNirbhar policy into practise, to encourage the use of Commercial Off-the-Shelf (COTS) technology in aviation systems, and to lessen reliance on Original Equipment Manufacturers (OEM) with Western and Russian ancestry.

To discuss the process of developing a workable framework for domestic repair and development of avionic aggregates within the nation, participants from the Defence Research and Development Organisation (DRDO) facilities, academia, and the civil aviation industry were invited to the conference.

Regarding the Maintenance Command’s attempts to promote indigenous culture, Pande stated, “We are attempting to establish a consortium at the national level with the participation of all necessary parties. In addition to the Indian Air Force, it will include business, development organisations, certification organisations, and quality control organisations. It will be a national committee with various subcommittees with varying responsibilities.

Ukraine War: Russia Is "Laying The Foundation" For The Annexation Of Territory It Controls 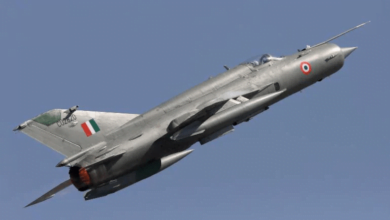 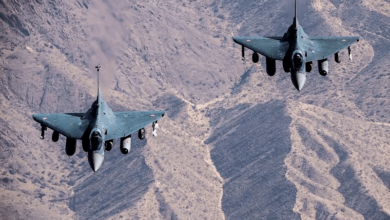