According to Defence Aviation Post, the Army received delivery of 20 avalanche rescue systems from a Swedish company this month, nearly two years after placing an emergency equipment order.

According to defence sources quoted by Defence Aviation Post, the northern command’s several sector stores would receive each of the rescue devices.

Only the High Altitude Combat School (HAWS), which is headquartered in Gulmarg and provides specialised training for mountain and winter warfare, currently has a small number of rescue systems that were purchased last year after successful trials.

The Army has now acquired an advanced avalanche rescue system for the first time, fulfilling a long-standing need that arose from the recent deaths of many soldiers in avalanches and landslides in the Siachen glacier and other high-altitude regions of Kashmir and the Northeast.

The Army has deployed basic avalanche victim detectors with ground-penetrating radars, but the sources indicated that the sophisticated devices had the additional benefit of transponders, which speeds up detection.

The emergency purchase of 20 avalanche rescue devices occurred in 2020, and according to sources, the avalanche that claimed the lives of two Army personnel in Sikkim in May of that year served as the impetus.

How will the new systems work?

According to defence officials quoted by Defence Aviation Post, the Swedish company Recco’s rescue systems would each feature 150 transponders.

According to the company website, the rescue system’s detector sends out a radar signal that, upon impact with the reflector, is reflected back to the detector, directing the rescuer toward the victim.

According to the website, the reflectors are small, passive transponders made up of an antenna and a diode that do not require power or activation to function.

Furthermore, it claims that as a detector approaches a reflector, radar signals become stronger, providing the rescuer with the precise location of the victim.

According to sources, many of these systems are already in use with civil organisations, and the military is expected to purchase more of them so they may be used in a variety of rescue missions besides avalanches, such freeing people trapped in landslides or saving people in collapsed buildings.

Three reflectors will be attached to each soldier while he is on patrol or conducting other activities in an avalanche-prone location, a defence source told Defence Aviation Post. Each system will support 50 Army men at a time.

“The first 25 minutes are the most crucial when a person gets caught in snow. After that, his odds of surviving decrease. One is thus uncertain of his place when that occurs. As a result, a soldier will have three transponders linked to them, the source said, adding that the new devices will make it easier to detect a soldier in such a situation.

The Army takes great care when deploying troops to high-altitude avalanche-prone areas, but a lot of soldiers still perish in snowdrifts.

In the Noney area of Manipur, a landslide last month claimed the lives of 61 individuals, half of them were troops from the Territorial Army.

Seven Army troops were killed by an avalanche in Arunachal Pradesh in February.

According to information presented by the administration in Parliament in February 2020, the Army had lost six people in the Siachen Glacier to avalanches in 2019 and another 11 in other regions of the nation.

The administration reported to Parliament in December 2019 that 74 Army troops had perished in avalanches alone in the three years prior.

The small number of workers available for recovery operations is one of the causes of the high number of casualties. By employing helicopters to transport extra troops from other stations, the strength can be boosted, however such operations are subject to the local weather.

For simple victim detection in the snow, the rescue crews are equipped with coloured avalanche cables and victim detectors. Other tools like ice axes, shovels, ropes, and hypothermia blankets are also carried by them.

The government had informed Parliament that troops stationed in high-altitude regions receive adequate training in mountain and ice craft so they can survive in glaciated terrain and deal with any emergencies. It also noted that equipment used by troops in such areas includes helicopters, unmanned aerial vehicles, snow scooters, avalanche detectors, and mountain clothing. 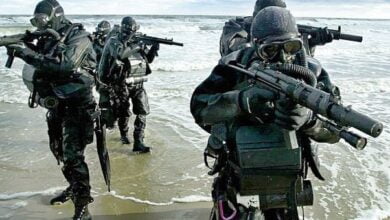 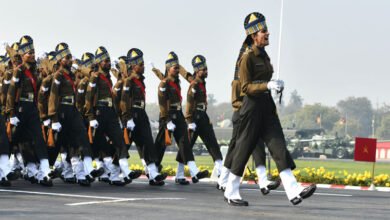 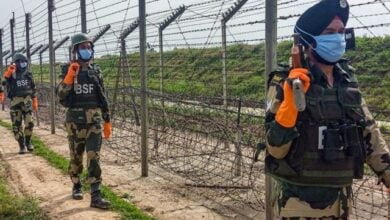 BSF Pushed Away A Pakistani Drone In Punjab; Threat Still Looms Over Jammu And Kashmir