Amid geopolitical tensions in the Indo-Pacific region, India has quietly launched its third Arihant-class nuclear-powered ballistic missile submarine — the S4 SSBN — at a secretive ship-building center in Visakhapatnam. The development was reported by Janes Defence Weekly, citing satellite imagery.

Arihant-Class Submarines
The Arihant-class, named after the country’s first nuclear-powered submarine — INS Arihant — is a class of Indian nuclear-powered ballistic missile submarines that are being built for the Indian Navy.

It was launched at the Indian Navy’s dockyard located in Visakhapatnam, the headquarters of Eastern Naval Command. The project, earlier called the advanced technology vessel (ATV), has been under development since 1998.

All the boats in the class, those that have been built, and those that are planned, share some common characteristics. The most obvious feature is the advantage these nuclear-powered submarines provide over conventional diesel-electric ones.

Diesel-electric submarines have to reach up to the surface every day to release carbon dioxide produced by the generator. On the other hand, nuclear-powered 80MW pressurized water reactor (PWR) submarines can stay underwater for long durations without the risk of detection. 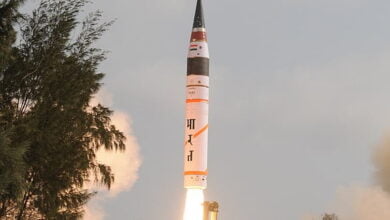 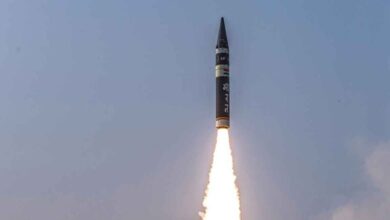