China Fuyan, which translates to compound eye, is the name of this unique observation facility. Leading the construction is the Beijing Institute of Technology’s Chongqing Innovation Center in the Southwest Chongqing municipality of China.

The Fuyan building project, which is anticipated to result in the most extensive radar system in the world, will also include participation from Tsinghua University, Peking University, and China’s National Astronomical Observatories under the auspices of the China Academy of Sciences.

The China National Space Administration (CNSA) announced intentions to construct an asteroid monitoring and defence system in April, and now there is word of a new deep space observation radar system.

According to a recent article by the EurAsian Times, China is also preparing to launch an asteroid deflection and observation test mission by 2026 that would contain an impactor that will strike the near-Earth object 2020 PN1 and an orbiter that will conduct observations.

According to Long Teng, president of the Beijing Institute of Technology and a member of the Chinese Academy of Engineering, the entire system will have more than 20 radar antennas, each measuring 25–30 metres in diameter, and they should be able to detect asteroids as far away as 150 million kilometres.

In order to do research on asteroids, Earth-Moon systems, etc., a large-scale radar is required at the moment, according to Long.

Long also mentioned that the Tianwen-2 mission, which is scheduled to launch in 2025, will benefit from the radar system’s assistance in finding an appropriate landing spot.

Asteroid sample return mission Tianwen-2, also known as “ZhenHge,” is aimed towards the close-by asteroid 2016HO3, also known as Kamoalev, which is said to measure 45–60 metres. According to a popular theory, Kamoalev may have separated from the Moon as a result of an asteroid that may have hit the lunar surface.

The currently under construction Tianwen-2 probe will land on the Kamoalev utilising four robotic arms to gather samples that will be returned to Earth.

The new deep space active observation facility will be built out in three stages. According to Global Times, the initial phase will involve installing four 16-meter-diameter radars in order to assess the system’s viability and create a 3D image of the Moon.

The project’s initial stage is reportedly located in Longxing Town, Yubei District, Chongqing City, according to the Science and Technology Daily. Two of the four radars have already been constructed, and they should start functioning by September.

The second stage will be built at Yunyang, Chongqing, and will involve the building of more than 20 antennas that will form a high-definition dispersed radar system with a diameter of 100 metres. This system should be able to identify and image asteroids 10,000 kilometres distant.

The third and final phase will achieve the observation capabilities of up to 150 million kilometres, making it the first deep-space radar capable of 3D imaging and dynamic monitoring, according to Global Times. The first two phases are technological demonstrators.

All three phases, according to Long Teng, will take place in Chongqing because of its “ideal geographic latitude for radar deployment and monitoring.”

Although the claimed objective of this new radar system is benign, a deep-space radar can also be useful for military objectives, such as keeping an eye on the US’ covert Boeing X-37B military spaceplane while it is in orbit.

Omkar Nikam, a space and defence expert, was questioned by EurAsian Times about the potential military applications of this new radar system.

“Everything in China has a military blanket over top that is related to something that is crucially important for national or commercial purposes,” Nikam remarked.

For instance, he added, “the Espacio Lejano Station in Argentina, a deep station run by the Chinese National Space Administration (CNSA), is supposedly a member of CNSA’s Deep Space Network but is also reportedly stated to report directly to the People’s Liberation Army Strategic Support Force.

The new radar technology might also help China with its asteroids mining aspirations, which were widely covered in a piece by the EurAsian Times. However, asteroid mining is quickly becoming the next battleground in the US and China’s struggle to exploit space resources, which has also raised concerns about the militarization of space.

Nikam responded to a question about this by stating that China views economic matters from a very strategic angle, particularly in relation to the space economy.

“The militarization of space cannot be viewed as the only method of destabilising international relations, but may also be viewed from the perspective of pure security objectives,” claims Nikam.

As a result, Nikam contends that although while China’s objectives and missions ultimately lead to the military, this does not necessarily imply that the military’s primary goal is to cause disruption; rather, it serves security needs.

He added that the space business is “primarily government-driven, and the military is one of its biggest users,” saying “And this applies to every nation.”

“Military troops can be highly viewed as a security pillar in the future when humans explore and possibly establish bases on the moon and mars; similar to how armed forces on earth maintain national borders and ensure the protection of civilians,” Nikam added. 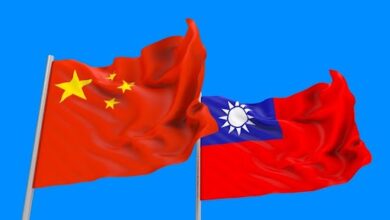 What Motivates China And Taiwan’s Conflict? Know The Causes, The Background, And The Current Situation 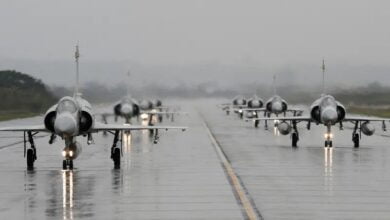 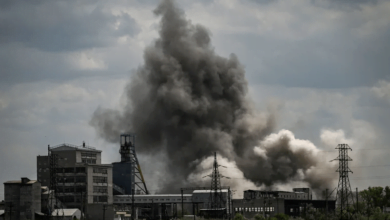 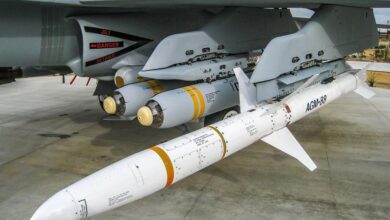