Prime Minister Narendra Modi gave a clarion call for Atmanirbhar Bharat on 12 May 2020. He said that self-reliance was the only path to fulfil the dream of building a 21st century India in the post-Covid world.

Modi made a distinction between self-reliance and being self-centred in a globalised world, observing how “local manufacturing, market and supply chains” had helped India mitigate its Covid-19 crisis. He emphasised that we had to be more “vocal about local products and help them become global.”

In perspective, the present enthusiasm for ‘atmanirbharta’ or self-reliance is an appropriation and continuation of India’s historical ambition for strategic autonomy – the ability to make independent decisions. Before Independence, it was manifested in the Swadeshi Movement that was driven by a quest for political self-reliance.

Post Independence, self-reliance as a phrase or concept has been used by the Planning Commission in all its Five Year Plans until 2014 when Niti Aayog replaced it.

Interpretation of Atmanirbhar Bharat
In November 2018, the Niti Aayog released the ‘Strategy for New India @ 75’. It was described as an attempt to “bring innovation, technology, enterprise and efficient management together at the core of policy formulation and implementation.” It identified 41 different areas that require either a “sharper focus on implementing the flagship schemes already in place or a new design and initiative to achieve India’s true potential.”

Self-reliance as a strategy hardly made its appearance in the document. It prescribed that import tariffs that seek to promote indigenous industry should come with measures to raise productivity which will provide the ability to compete globally.

In response to PM Modi’s calls for building an Atmanirbhar Bharat and being ‘vocal for local’, the Ministry of Defence (MoD) in August 2020 identified 101 items that were put under an import embargo to ‘boost local defence industries’.

India’s armed forces are apolitical. Ensure that they remain so 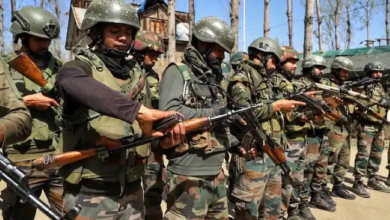 Third-Highest Military Expenditure In 2021 Was In India: MoS Ajay Bhatt In Lok Sabha 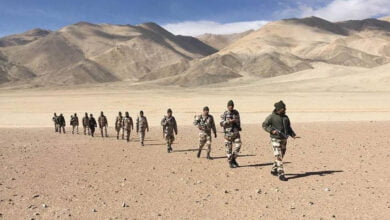 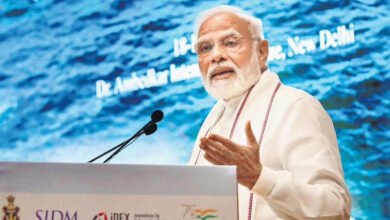 For India In The Twenty-first Century, Self-reliance In The Military Is Crucial: Modi