The Naval Anti-Ship Missile SR’s existence was exposed in the Lok Sabha in 2018. Nirmala Sitharaman, the Raksha Mantri, included this in a list of DRDO and other Indian institution developments over the last three years (January 2016-December 2018). At DefExpo 2020, the first elements were revealed.

This idea could be developed for a variety of platforms with varying price points. The abbreviation ‘SR’ stands for ‘Short Range,’ implying that other, longer-range variants will be developed as well.

The NASM-SR, according to DRDO, will be a 380 kilogramme projectile with a maximum range of 55 kilometres that will initially be utilised with the Indian Navy’s Sea King helicopters, replacing the previous Sea Eagle missiles. Because the Sea King is nearing the end of its service life, the new indigenous missile is expected to be used by the Navy’s future helicopters. 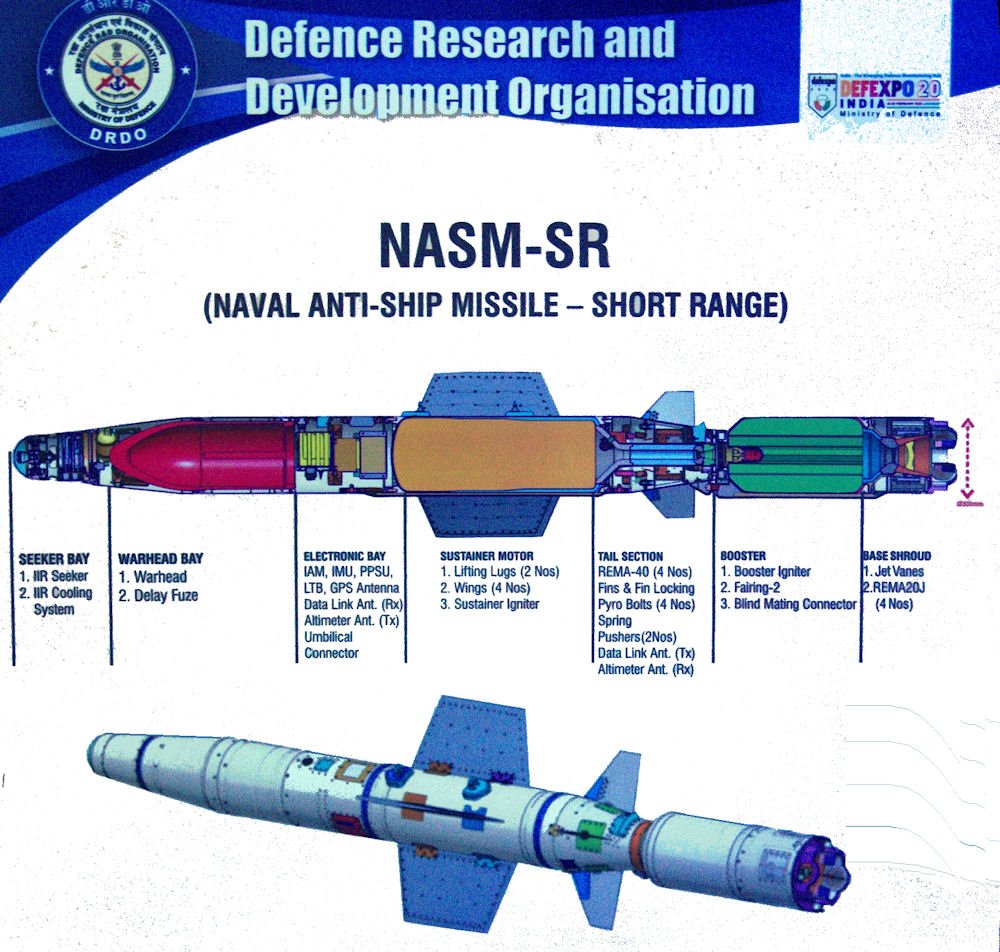 The NASM-SR, according to DRDO, will be a 380 kilogramme projectile with a maximum range of 55 kilometres that will be used to replace the previous Sea Eagle missiles on Indian Navy Sea King helicopters. Given that the Sea King is nearing the end of its service life, the new indigenous missile is likely to be deployed with future Navy helicopters.

The NASM SR is a viable option for these powerful systems. The long-range variant of the NASM could have a range of more than 150 kilometres, allowing it to engage hostile targets from afar. Several posters of a one-tonne class medium range air launched cruise missile were on display at the DRDO booth at Aero India 2019, yet nothing was known about this nameless stealth missile.

AMCA: India & France To Sign An Agreement For A 125 KN Engine

In Fy22, The Defense Ministry’s Procurement From Msmes Via The Gem Portal Reaches An All-time High