According to defence authorities, India and France are close to finalising an agreement for the cooperative development of a 125KN engine for the indigenous fifth-generation Advanced Medium Combat Aircraft (AMCA) in construction. The Defence Research and Development Organisation (DRDO) and Safran, a French engine manufacturer, are collaborating.

“During his visit to Paris [last week], External Affairs Minister S. Jaishankar discussed this subject with French Defense Minister Florence Parly. “We anticipate reaching an agreement in the next month or two,” a defence official said.

Defence Minister Rajnath Singh claimed in December 2021, during Ms. Parly’s visit to India, that a large French corporation will come to India and “produce the engine in strategic cooperation with an Indian enterprise.”

Last year, the government notified Parliament that it plans to work with a foreign engine company to produce indigenous engines for aircraft such as the Light Combat Aircraft (LCA) versions and AMCA. 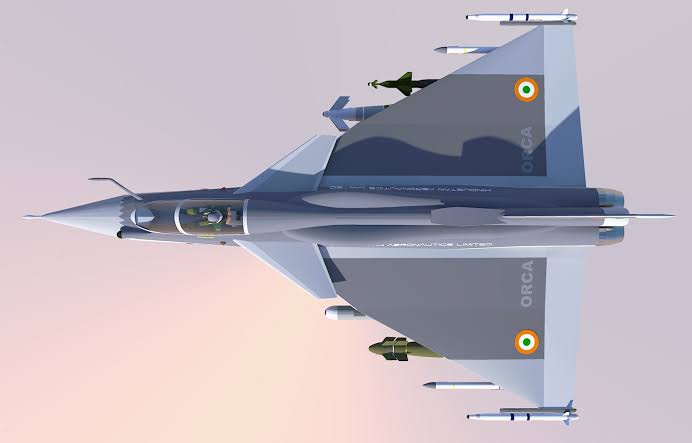 The LCA-Mk2 is presently being developed by the Aeronautical Development Agency (ADA) in collaboration with Hindustan Aeronautics Limited (HAL), as well as the AMCA and the Twin Engine Deck Based Fighter (TEDBF) for the Navy.

The AMCA’s original design began in 2009 and is envisioned as a twin-engine stealth aircraft with internal weapons bay and Diverterless Supersonic Intake, which has been produced for the first time and for which the design is complete. It will be a 25-tonne aircraft with an internal payload of 1,500 kg and an exterior payload of 5,500 kg, as well as 6,500 kg of internal fuel.

Girish S. Deodhare, Director General, ADA, stated the configuration has been frozen, the preliminary service quality requirements (PSQR) have been finalised, and the preliminary design review has been completed during an event last week. According to Dr. Deodhare, the Critical Design Review (CDR) is due later this year, with the rollout scheduled for 2024 and the first flight scheduled for 2025.

The AMCA will be available in stealth and non-stealth versions, and will be built in two phases: an AMCA MK1 with an existing GE414 engine and an AMCA Mk2 with a jointly created upgraded, more powerful engine, according to Dr. Deodhare.

Officials stated that once the deal with France is finalised, development of the aircraft and engine would proceed in parallel to meet the deadlines. The aircraft will be manufactured and produced through a Special Purpose Vehicle, which will also incorporate private sector. Simultaneously, work is being made on the development of a twin-engine deck-based fighter jet for use by the Navy’s aircraft carriers. Dr. Deodhare stated that the methods and technology used in the various programmes are similar.

India tried unsuccessfully in the past to design and construct a jet engine for the LCA via the Kaveri programme, which was approved in 1989. Before being cancelled, the project, which lasted 30 years and cost $2,035.56 crore, witnessed the creation of nine complete prototype engines and four core engines.