According to officials, the Tricolor will be raised on seven Indian Navy ships that will be making celebratory voyages to overseas ports on August 15 across six continents, three oceans, and six distinct time zones to honour the country’s 75th anniversary of independence.

Under the auspices of Azadi Ka Amrit Mahotsav, the Navy ships will travel to international ports on all continents save from Antarctica.

The Indian missions have organised a variety of festivities and celebrations for Independence Day in each of these ports, according to the Defence Ministry’s statement on Saturday. The raising of the Tricolor atop these ships in front of prominent local dignitaries and members of the Indian diaspora would be the most noteworthy of them.

A ship will be opened to visitors, schoolchildren and members of the Indian diaspora will visit, there will be a deck reception, and there will be a number of cultural events sponsored by Indian embassies, among other things. The Navy crew will also make official calls to the senior leadership of the host nation. It will also participate in flag-hoisting ceremonies at the respective embassies. The crew of the INS Tarangini will honour the Indian soldiers who lost their lives in the two World Wars in London at the gates of the Commonwealth Memorial.

Similar to this, a formal wreath-laying ceremony by the Navy delegation is planned at Singapore’s Kranji War Memorial and Indian National Army (INA) Marker.

The crew will take part in the unveiling of a memorial pillar in Mombasa, which will be placed at the site of the Taita Taveta battleground, where Indian men fought and gave their lives while serving in the East Africa campaign of World War I.

Over the past year, the Navy has engaged in a significant number of activities both domestically and internationally under the auspices of Azadi Ka Amrit Mahotsav. Commemorative ship visits to 75 Indian ports in 2021–2022; a sail ship expedition called Lokayan 2022; the display of a massive national flag in Mumbai; community outreach programmes throughout all of India’s coastal districts; freedom runs in various cities; sailing regattas; mountaineering and cycling expeditions; blood donation camps; coastal cleanup initiatives; seminars and events on India’s rich maritime heritage; and the President’s Fleet Review in conjunction with the 75th anniversary of Independence.

Chinese And Taiwanese Warships Shadow Each Other As Drills Near Completion

According To Israel, Iron Dome Intercepts 97% Of Gaza Rockets 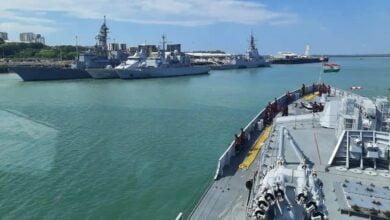 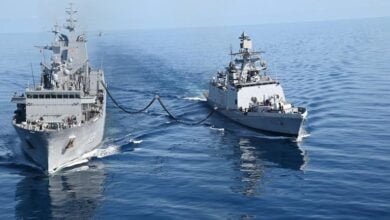 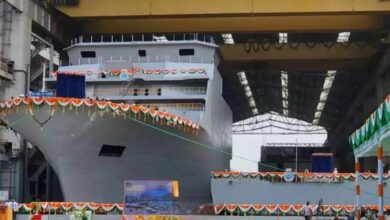 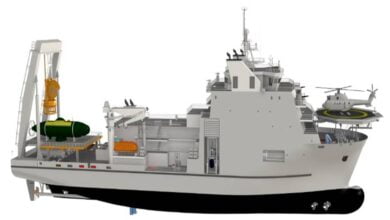