Both New Delhi and Beijing, the two biggest clients of Russian military gear, are keeping a close eye on Moscow’s Ukraine offensive. Russia, the world’s second-largest arms exporter, supplies India with a quarter of its arms, followed by China.

Russia is responsible for approximately one-fifth of all global weapons shipments. According to the latest Stockholm International Peace Research Institute (SIPRI) research, ‘Trends in International Arms Transfers,’ Russian arms exports declined by 26% between 2012 and 2016, followed by a sharp drop in its worldwide share from 24% to 19% between 2017 and 2021.

The Russian arms industry, on the other hand, has a worldwide consumer base. Only ten countries receive about 90% of Russia’s weaponry. Between 2016 and 2020, India, Russia’s largest customer, purchased 19 percent of Russia’s armaments for $6.5 billion. 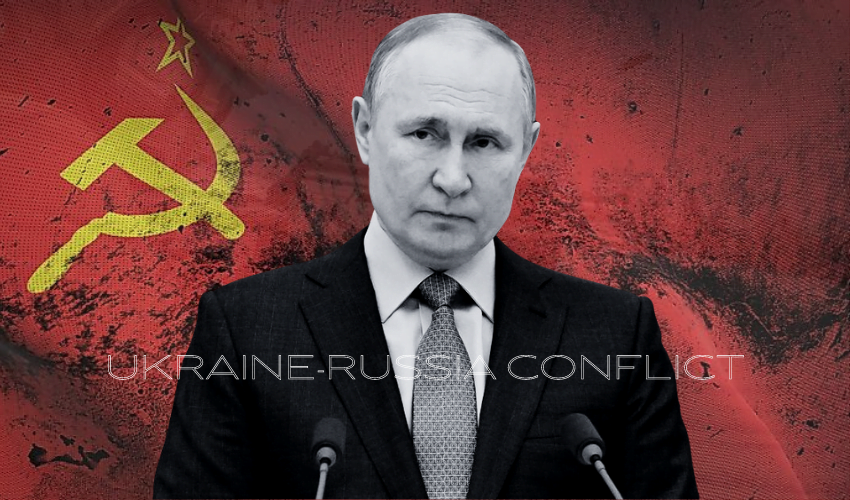 According to SIPRI, Russia accounted for 49.3 percent of India’s total arms imports, while China was the second-largest importer, spending $5.1 billion between 2016 and 2020.

The large amount of Russian military procurement has alarmed Indian specialists, who are concerned about the war’s impact on ongoing projects and transactions with delivery deadlines looming. In addition, India’s ordnance is significantly reliant on Russian spare components for maintenance.

China, on the other hand, has a long-standing military alliance with both Russia and Ukraine. The war, according to some experts, may have a negative impact on China’s illicit arms sector.

More than 70% of India’s military arsenal is made up of Russian-manufactured weapons. The INS Vikramaditya, the Indian Navy’s sole operational aircraft carrier, is a modified Kiev-class Soviet-era ship.

Similarly, the Air Force has a substantial number of Russian fighter jets in service, with 272 Su-30MKIs and more than 100 MiG-21 Bisons.

China, on the other hand, has had a tense relationship with Russia since the Cold War. Moscow and Beijing have restarted their arms trade after difficult discussions in 2015.

Russia agreed to sell China 24 Sukhoi-35 (Su-35) combat aircraft and four S-400 SAM systems for about $7 billion. These are some of Russia’s most advanced weapons at the moment. This agreement marked a turning point in Russian-Chinese relations, marking the first large sale of Russian major weapons to China since the mid-2000s.

It reflects a major increase in Russia’s total annual value of armament exports, which had been hovering between $13.5 billion and $15 billion in recent years. China has a large number of older and outmoded weapon platforms built on Soviet-era Union technologies. Some of its current weapon systems are constructed using reverse-engineered technology from competitors.

Ukraine War – Russian Weaponry Put To The Test — Combat Aircraft
China has a devastating Sukhoi Su-30 and Su-35 Flanker fleet, whereas India has a huge fleet of Sukhoi Su-30MKIs. Both of these aircraft, the best in their inventories, are vital components of their air forces and would be the most important fighting asset in the event of a war. 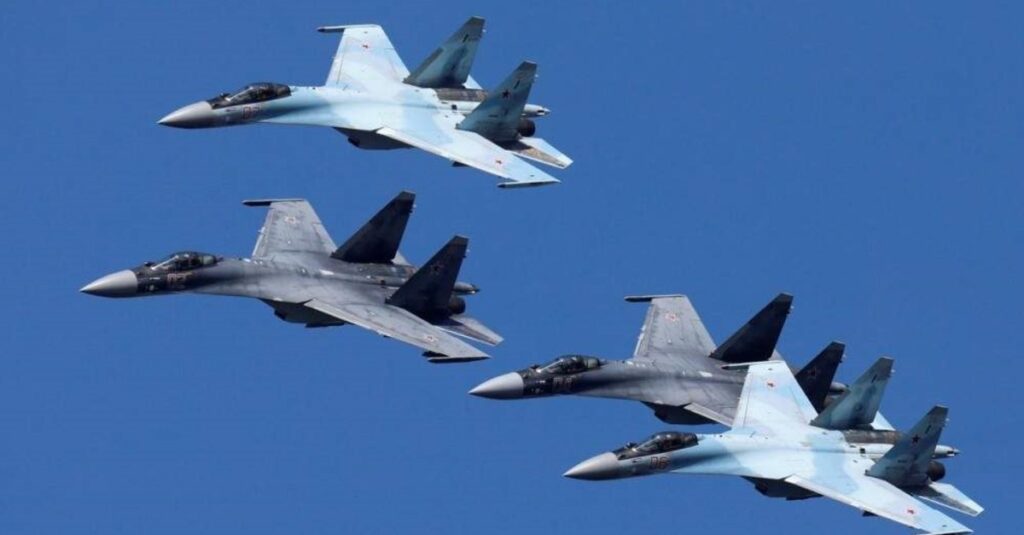 India also uses MiG-29s, which the Russian air force fielded in large numbers during the early days of the Ukraine incursion. China has a large number of older and outmoded weapon platforms built on Soviet-era Union technologies. Some of its current weapon systems are constructed using reverse-engineered technology from competitors.

The Su-30 had been in service for a few days before the invasion, and the plane had taken part in joint drills in Belarus. Ukraine, on the other hand, claimed that its air defence systems had shot down two Russian Su-30 planes and a Su-35.

— S-400 Air Defense
The Russian S-400 air defence systems are in the arsenals of both India and China. As the border standoff between the Indian Army and the Chinese PLA between India and China enters its second year, India has opted to deploy its first system in Punjab to confront the double threat from China and Pakistan. 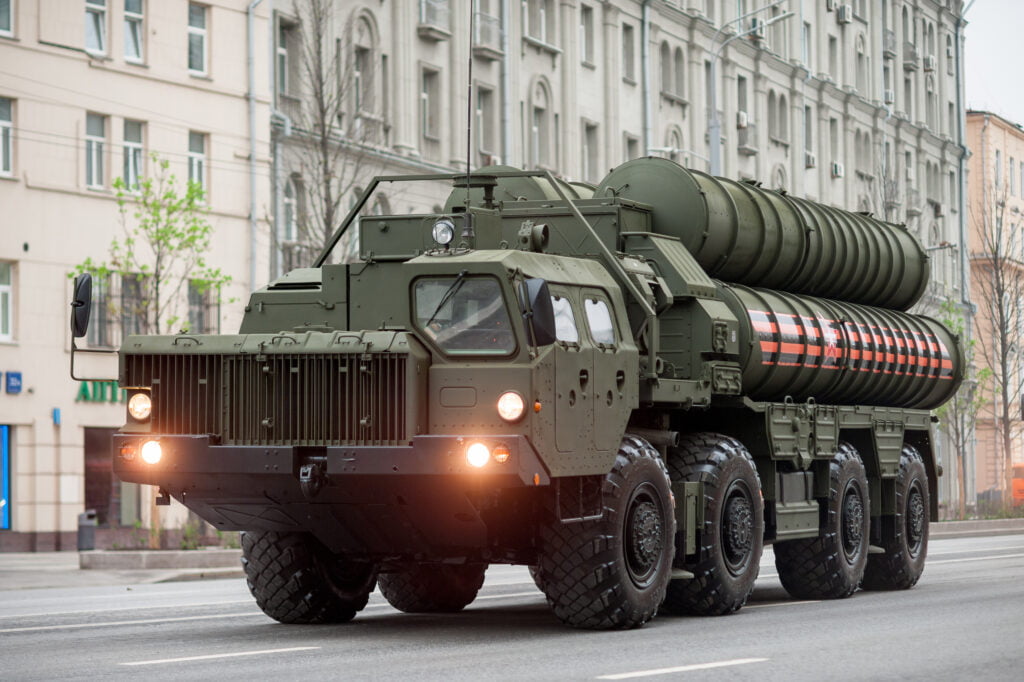 The Russian-made S-300 is also in China’s stockpile.

Russia began military drills with the S-400 Triumf air defence system just days after the invasion began. The missile system is said to have hit a number of Ukrainian Air Force fighter planes.

“In Russia, the S-400 training drills have begun. Within the context of drills in the Novosibirsk region, personnel of the S-400 ‘Triumf’ anti-aircraft missile systems have begun conducting combat training duties to detect and destroy a simulated opponent,” news agency NEXTA tweeted.

Despite Russia’s shortcomings on the battlefield, US officials suggest that its missile defences on home soil are significantly more advanced. According to General Mark Kelly, chief of the USAF Air Combat Command, Russian installations are better protected by “layer upon layer upon layer” of sophisticated S-300 and S-400 interceptors.

Russia’s air defences, particularly its S-300 and S-400 surface-to-air missile batteries, have pushed the US military to invest heavily in high-tech stealth aircraft that can fly beneath the radars of these interceptors.

Furthermore, the discussion over providing Ukraine with Polish MiG-29 fighter jets has divided NATO countries, with the United States acknowledging that such a move could exacerbate the Ukraine issue.

According to media sources, House Armed Services Committee Chairman Adam Smith, D-Washington, said, “The MiG wouldn’t survive for a minute in Ukrainian airspace given what the Russians have, the surface-to-air missiles they have, given the quality of their fighter jets.”

— Choppers
India and China both have a large number of Soviet-made choppers in their air forces, and they are in negotiations with Russia about purchasing some of its most dangerous helicopters. While India has expressed interest in purchasing the Russian Ka-226t, China has set its sights on the Ka-52 helicopter, which has been compared to the US Apache.

According to videos circulating on social media, the Ukrainian military shot down Ka-52s on the first day of the Russian invasion, as well as a few more subsequently. The Ka-52 ‘Alligator’ assault helicopter is Russia’s most advanced attack helicopter.

China was rumoured to be considering buying a Russian assault helicopter last year, according to media sources.

This helicopter has been advertised by Moscow as one of the most lethal combat helicopters in recent years. It was on display at the Dubai Air Show last year in the aim of enhancing its export possibilities.

Ukraine has boasted of shooting down roughly 30 Russian helicopters in surprise attacks. Russia, on the other hand, recently claimed to have shot down a Ukrainian Mi-24 helicopter, which India also operates.

India uses Russian-made T-72 and T-90 tanks, but China has built its own tank throughout the years by reverse engineering Soviet technology. Anti-tank missiles fired into Ukraine have the potential to change the course of the war, putting pressure on Russia to find enough experienced forces to fight in the difficult urban warfare that is now more possible.

Meanwhile, the UK has dispatched 3,615 of its short-range Next-Generation Light Anti-Tank Weapons (NLAW), as well as launchers; Germany has contributed 1,000 anti-tank missiles from its stockpile; Norway has dispatched 2,000; and Sweden has dispatched 5,000.

The United States has dispatched an unknown number of Javelin missile systems. While the majority of them are standard weaponry, they do represent a serious threat.

According to Oryx, a group that tracks independently verifiable losses throughout the conflict, Ukraine’s military has destroyed six of Russia’s sophisticated T-90 tanks. Russia has lost 214 tanks and 1,292 vehicles to attack, capture, or desertion, according to Oryx’s assessment, Bloomberg said.

Ukraine claims Russian tank losses are higher, but Russia’s Defense Ministry refuses to disclose figures. Ukraine has lost 65 tanks, 22 of which were destroyed, out of a total of 343 vehicles, according to Oryx.

The media stories, as well as the information saturating social media, have mostly focused on Ukraine’s assertions and correspond to the Western world’s narrative. While the figures reported by Russian and Ukrainian/Western media cannot be objectively validated unless both warring sides affirm the same statistics, certain reports imply that Russian soldiers have proved unyielding despite fierce opposition.

Experts believe that Ukraine, which is backed by the West, has complete control over the distribution of information. “Russia may or may not win the conflict militarily, and seize full control of that country,” strategic affairs specialist Prakash Nanda previously stated. And it is the truth that Russia has suffered a significant defeat in the so-called “information war” with Ukraine.