High-end hypersonic [glide] vehicles capable of crossing Mach 6 and 8 are expected to be developed by 2024 or 2025, according to Kailash Kumar Pathak, Director of Futuristic Technology Management at the Defence Ministry.

Mr. Pathak stated on the sidelines of the Coimbatore Defence Conclave 2022 at Kumaraguru Institutions that various programmes are in the works to deal with extreme cold conditions for jawans, including the development of new jackets for them. Several indigenous organisations have collaborated with academia to develop these.

According to B. Krishnamoorthy, Project Manager of Tamil Nadu Industrial Development Corporation (TIDCO), an aero-engine components manufacturing unit is under construction in Hosur.

In collaboration with IGSS Ventures, a Singapore-based technology investment holding company, the state intends to establish a semiconductor fabrication plant.

“By 2030, the space sector economy is expected to be worth $ 700 million,” he said. “Under the Aatma Nirbhar Bharat [Abhiyan], the Defence Ministry plans to manufacture 175,000 crore-worth of items and export 25,000 crore.”
“Tamil Nadu, which has the most industries, can contribute significantly to this, and Coimbatore can help further this goal,” he said.

“We have identified a number of theme-based parks to meet the needs of Indian Space Research Organization facilities such as manufacturing launch vehicles and fabrication,” he added.

“Only about half of the total trained pilots required for the country are sent from Tamil Nadu.” Over four foreign firms have signed memorandums of understanding with the state to develop a new aviation training facility. Tidco is currently looking for and developing airstrips for this facility.

“We are in discussions with various foreign agencies and Indian Offset Partners (IOP) in the defence sector to ensure that Tamil Nadu meets the projected $1 trillion economy,” Mr. Krishnamoorthy said.

Because He Has The Political Clout, US President Biden Will Expedite India’s CAATSA Sanctions Waiver: Khanna 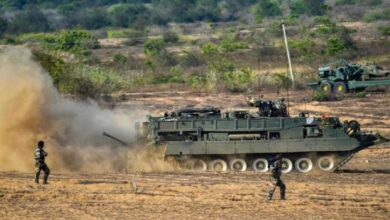 12th edition of the Defense Expo Will Take Place In Gandhinagar, Gujarat: MoD 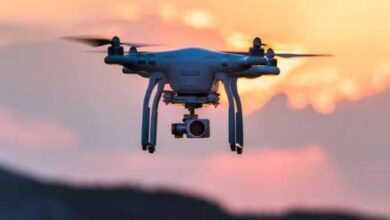 India Creates An AI-Driven Drone To Keep Watch Over LAC