IAI and Hindustan Aeronautics Limited (HAL) have announced an agreement to convert Boeing 767 passenger planes into Multi-Mission Tanker Transports (MMTTs) for the Indian Air Force. According to an IAI release, the MMTT is built on “pre-owned B767 aircraft.”

The two businesses signed a Memorandum of Understanding (MoU) on April 6 that will cover not only passenger aircraft conversion to MMTTs, but also cargo conversion.

“The MMTT conversion is based on many years of collected know-how and experience in aircraft conversions,” according to IAI. The project will use “local [India] resources to manufacture and commercialise the platform,” according to Boaz Levy, president and CEO of IAI.

For a long period, Israel’s aerospace behemoth IAI has been converting existing planes for this purpose. According to the business, it has modified dozens of aircraft for “more than 12 customers globally” for air-to-air refuelling operations and is completely compliant with NATO Air-to-Air Refueling Standards.

IAI has pushed for the installation of specialised fuel storage and transfer systems to transform retired planes into tankers. HAL expects the joint development effort to provide India’s defence ecosystem with new capabilities and cost-effective solutions. According to the corporation, the idea could aid the ‘Make in India’ initiative.

This is crucial at a time when India is working hard for indigenization in the defence industry. To discourage defence imports and boost local manufacture and innovation, it recently published its third negative arms import list.

In his statement during the signing of the MoU, Boaz Levy, President and CEO of IAI, spoke about cooperating with HAL to provide India with the best MMTT solution and becoming a part of the Make in India programme.

“This initiative of MMTT conversion business, which is one of the strategic diversification paths identified by HAL,” HAL CMD R Madhavan said.

This isn’t the first time India and Israel have worked together to develop a defensive system. India and Israel collaborated on the MRSAM, or Barak 8, which has sophisticated radar, command and control systems, and mobile launchers. 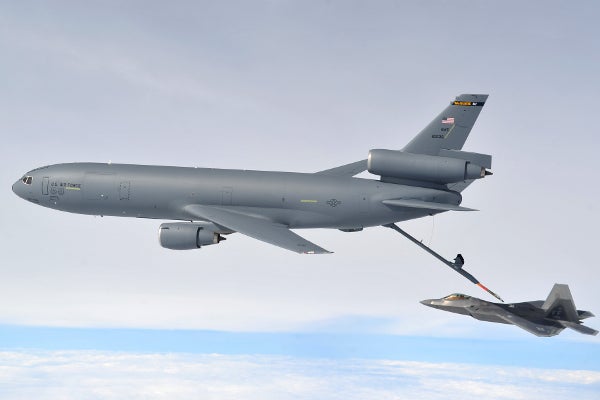 Aerial refuelers are large cargo planes that can refuel fighters, patrol planes, bombers, and a variety of other aircraft while they are in the air. Increased aircraft range improves a military’s combat capability by allowing planes to attack targets further away.

The first of six Russian-built Il-78 refuelling planes was delivered to the Indian Air Force in 2003. The Il-78 is a re-engineered Soviet-era Il-76 cargo jet. However, concerns about the aircraft’s serviceability arose immediately, and in 2006-2007, the Indian Air Force began looking for a replacement.

The Indian Air Force issued two proposals for a new aerial refuelling tanker, with the Airbus A330 emerging as the clear winner both times. Cost concerns, however, forced the project to be shelved.

In his annual press conference in 2019, former Air Chief Marshal R.K.S. Bhadauria announced that a “earlier procedure” to select a new aerial refuelling aircraft for the Indian Air Force had been abandoned, and that new requests for information will be issued to potential bidders.

India was also in talks with France to lease one A330 multi-role tanker transport (MRTT) from the French Air Force for training purposes under a government-to-government arrangement.

The single plane was to be purchased via “wet-leasing,” which meant it would be trained and maintained by French troops. This isn’t, however, the first time IAI has offered India a B767 conversion.

Following the cancellation of the Airbus A330 Multi Role Tanker Transport (MRTT) programme in India in June 2016, IAI informed Janes that it would be exhibiting their B767-300ER-based MMTT at Aero India 2017.

The ‘probe and drogue’ and the ‘flying boom,’ according to IAI, are two types of refuelling systems for the Boeing 767. The probe and drogue system is used by the Indian Air Force’s Il-78. The Flying Boom, on the other hand, is mostly employed by American-designed aircraft and allows for the transfer of larger amounts of fuel in less time.

The Flying Boom is the only aircraft capable of refuelling large aircraft such as the Indian Navy’s P-8I maritime patrol jets and the Indian Air Force’s C-17 heavy transport jets.

In The Future, India Will Depend Less On Russia For Weapons