The government announced today that the three armed forces, comprising officers and soldiers, are short 1,35,784 members as a result of the controversy surrounding the Agnipath scheme for military recruitment.

According to a written response to a question in the Rajya Sabha, Minister of State for Defence Ajay Bhatt, “the average annual recruitment in Army, Navy, and Air Force is 60,000, 5,332 and 5,723 correspondingly.”

However, when asked whether the average recruiting figure exceeds the anticipated annual intake of “Agniveers” and, if so, how the lack of people in the armed services will be addressed, the minister sidestepped the issue.

The Supreme Court is now deliberating the case, Bhatt said in response.

Bhatt stated that as of January 1 there was a 1,16,464 person shortfall in the Army compared to the authorised number, which includes both officers and non-officer rank employees.

For the armed forces, the government recently unveiled a new recruitment plan. The hiring procedure for the three services has already begun under the “Agnipath” programme.

The programme, which was unveiled on June 14, aims to enlist young people between the ages of 17 and 21 for only four years, with an option to keep 25% of them for an additional 15 years. The maximum age has been raised to 23 years old for 2022.

Last month, there were violent demonstrations against the scheme in several Indian cities, and the protesters called for its repeal because the new model does not promise employment to 75% of recruits.

The three services intend to recruit 46,000 soldiers this year as part of the strategy.

The young people who will be hired under the new programme will be referred to as “Agniveers.”

Reducing the average age of military troops is one of the main goals of the “Agnipath” concept. 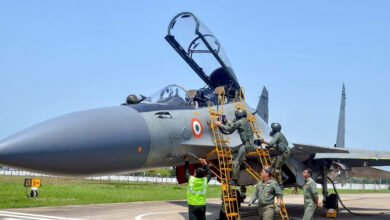