The Indian Navy’s INS Satpura and a maritime patrol aircraft have arrived in Darwin, Australia, to take part in the multinational Exercise Kakadu-2022, which is being put on by the Royal Australian Navy. The defence ministry said on Tuesday that the two ships and aircraft had arrived.

On September 12, the INS Satpura and the P-8I Maritime Patrol Aircraft arrived in Darwin.

“Ships and maritime aircraft from 14 navies take part in the two-week exercise, which takes place both in port and at sea. During the part of the exercise that takes place in the harbour, the ship’s crew will interact with other participating navies and play sports with them “In a statement, the ministry said.

In another statement, the defence ministry said that the Indian Air Force group that went to Australia to take part in Exercise Pitch Black 22 has returned after a successful trip.

“Exercise Pitch Black 22 was held at the Darwin Air Base, which is part of the Royal Australian Air Force. Over 2,500 military people from 17 Air Forces took part in the exercise, which went on for three weeks.

Four Su-30 MKI and two C-17 planes were part of the IAF group. The participating forces took part in different multi-aircraft combat drills both during the day and at night. These drills were meant to simulate complex aerial scenarios with large groups of planes “it said.

The exercise gave the air forces a chance to share best practises and lessons learned. The participants worked together and got to know each other better, which led to a better understanding of each other’s skills and “lasting ties” between the countries that took part, a statement said.

F-16 Sales To Pakistan Are A Problem For India 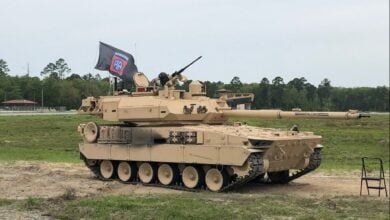