The helicopters were delivered to Cochin Airport by the US Air Force’s Special Air Assignment Mission Flight. On July 26, a storm that damaged some of the MH-60S brought attention to them. In the incident, a few MH-53E were also damaged.

Another helicopter is anticipated to be sent to India on August 22. The Indian Navy acquired a total of five helicopters with the delivery on July 28. On 24 all-weather helicopters, lethal rocket launchers and Hellfire missiles will be installed.

On July 28, the US-based corporation Lockheed Martin/Sikorsky also published a teaser announcing the arrival of MH-60R multi-mission helicopters for the Indian Navy. Romeos are heading toward India, according to a post from Lockheed Martin’s social media account. We repeat. The Romeos IV, V, and VI are heading for India.

MH-60R To Strengthen The Indian Navy?

The Indian Navy will be better able to conduct anti-submarine and anti-surface operations in the Indian Ocean and Indo-Pacific regions thanks to these helicopters. The helicopters will be upgraded with state-of-the-art avionics, sensors, and armaments designed specifically for India.

Former Vice-Admiral Shekhar Sinha of the Indian Navy spoke with EurAsian Times about the helicopter’s possible use.

The helicopter is capable of carrying out a variety of duties, such as surface ship reconnaissance to update the maritime domain picture at sea and find hostile submarines within its operational radius.

“MH-60R is a modern Anti-Submarine & Anti-Surface Warfare Helicopter,” Sinha noted. It ranks among the greatest. Such helicopters were desperately needed by the Indian Navy to replace the obsolete Sea King 42A/B ASW helicopters that were challenging to maintain.

The former Indian Navy Vice-Admiral added, “Also, each Destroyer and Frigate is anticipated to deploy at least one each of these helicopters to offer reconnaissance well ahead of the ship/fleet to lessen the submarine danger.”

According to Sinha, “MH-60R is particularly crucial at the time of ships/fleet leaving and arriving at a seaport. These helicopters will also be crucial in identifying submarines at the choke points of the Indian Ocean and, in times of war, destroying them. Their arrival significantly enhances IN’s ASW capacity.

During active and passive ASW missions, this aircraft can launch submarine detection sonobuoys, which can spot unidentified submarines and ships lurking in the ocean.

Submerged submarines in the water can be found by the helicopter. Any fleet operating on the high seas must have ASW equipment on board. With the use of the newest equipment, the Indian Navy will be able to warn of impending enemy stealth submarine strikes.

Together, the P-8I and MH-60R, which both have torpedo-firing capabilities, act as an ASW screen and help to neutralise any hostile submarine or underwater threats.

This $2.6 billion deal for the sale of these Lockheed Martin-made helicopters through the Foreign Military Sales (FMS) programme. The Indo-Pacific region, where the Chinese Navy is increasing its footprint, will be significantly impacted by them.

These helicopters are Sikorsky UH-60 Black Hawk naval models, which will take the place of the ageing British Sea King helicopters now in use. These fourth generation Sikorsky S-70 helicopters have the ability to carry missiles and torpedoes for ASW operations.

Russia Is Indiscriminately Employing Both New And Old Missiles Against Ukraine

Because He Has The Political Clout, US President Biden Will Expedite India’s CAATSA Sanctions Waiver: Khanna 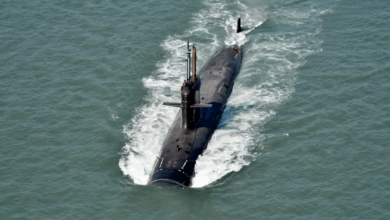