The Indian Navy will shortly receive its first aircraft carrier built in the country. Last week, it was stated that the carrier’s final touches are being applied by the Cochin Shipyard Limited (CSL), and that it would subsequently complete its final sea testing before being officially handed over.

“The last sea trial was supposed to take place this month, but it got pushed back. The IAC will be handed over to the Indian Navy next month, and the ship will be renamed INS Vikrant. At a press conference on April 28 to commemorate the shipyard’s fiftieth anniversary, DSL director Bejoy Bhasker said, “India’s first aircraft carrier will be commissioned on Independence Day in August this year.”

The 40,000-tonne (45,000-tonne) vessel will join the Indian Navy in August, making it the largest and most sophisticated warship ever built in India.

MiG-29K fighter jets, Kamov-31 helicopters, and MH-60R multi-role helicopters will be used by the carrier. With a top speed of roughly 28 knots and a cruise speed of 18 knots, the INS Vikrant will have a range of about 7,500 nautical miles. She was also planned with about 2,300 compartments for the crew of approximately 1,700 sailors, including specific rooms for female officers.

The battleship, which cost around 23,000 crores (roughly USD 3 billion) and was built at a cost of around 23,000 crores (approximately USD 3 billion), has become a symbol of pride for New Delhi. The South Asian country has joined a restricted group of nations that can not only operate an aircraft carrier but also manufacture cutting-edge warships.

The Indian Navy’s current flagship carrier, INS Vikramaditya, is a former Soviet-built Kiev-class carrier. India has previously deployed carriers, including former Royal Navy cruisers. In 2013, she joined the Indian Navy as a sailor.

Even if construction on the ship has been delayed at times, an indigenously-built carrier has been considered as a significant step forward in India’s capabilities. The CSL began designing the carrier in 1999, but it wasn’t until February 2009 that the keel was laid. In December 2011, she was floated out of her dry dock and launched in August 2013. The first indigenous aircraft carrier (IAC) is said to be 60% indigenously built, with the remaining 40% imported.

CSL officials have stated that now that the Vikrant has been done, the shipyard could build a new aircraft carrier to IAC standards in just five years — with less imported components.

“Through the IAC initiative, we gathered experience. If the Indian Navy asks us to build another 45,000-ton aircraft carrier like the INS Vikrant, we can do it in five years,” Bejoy added. “The aircraft are launched off the vessel using ski-jump technology,” says IAC. We can also get aircraft carriers that use the Electromagnetic aircraft launch system (EMALS) to be used by US Navy aircraft carriers. Similarly, we’re boosting the capacity of our dry dock here, and we can now build a 70,000-tonne aircraft carrier. Here, we can also build jack-up rigs and LNG carriers.”

A contract for eight anti-submarine warfare (ASW) shallow boats has already been awarded to CSL. The facility was also named the lowest bidder for the Indian Navy’s New Generation Missile Vessel (NGMV) project.

The Indian Navy Submarine Commanding Officer Was Among The Gallantry Awardees, Navy Investiture Event In Kochi 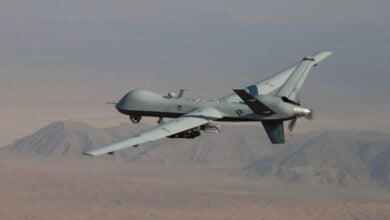