According to a rumour in Indian media, Indonesia may soon become the second country in Southeast Asia to order the formidable Indian-Russian BrahMos supersonic cruise missile. On July 19,  claimed that Indonesia was nearing the conclusion of negotiations for a potential order of the shore-based anti-ship BrahMos weapon system.

The newspaper quoted a source as claiming that “talks with Indonesia are in advanced stage for the shipment of the Indo-Russian BrahMos supersonic cruise missile.” The agreement may have been signed sooner, but due to domestic issues in that nation, it is anticipated to be finalised by year’s end or the beginning of the following year.

The fastest supersonic cruise missile in the world is the BrahMos missile, which was created by BrahMos Aerospace, a joint venture between India and Russia that was established in India in 1998. It can be launched from submarines, ships, aircraft, or land platforms, and because it travels at about three times the speed of sound, targets have very little chance of dodging it.

Due to these characteristics, it has become quite alluring to Southeast Asian countries looking to protect vast and dispersed marine domains, especially from Chinese invasions. By formally closing a $374 million deal to purchase the BrahMos missile system in January, the Philippines improved the capability of its navy to defend its sovereign claims in the South China Sea.

While Indonesia is apparently aiming to mount the missile aboard its warships, the Armed Forces of the Philippines chose the shore-based anti-ship variant. BrahMos has already investigated the possibilities of mounting the missile by visiting an Indonesian shipyard.

The purchase would support New Delhi’s Act East policy, which wants to strengthen its economic and strategic links to Southeast Asia, should it proceed in accordance with the timetable outlined in the Indian media article. After Russia, India would become a more major player in the region’s supersonic missile market with the sale of a second BrahMos missile.

Thailand, Malaysia, and Vietnam have also expressed interest in purchasing BrahMos missiles, while Indonesia has a verified interest in purchasing the Indo-Russian system since at least 2018. India has the chance to become the preferred partner in the region now that Russia’s standing as an arms supplier of last resort is in doubt due to the continued aggression in Ukraine.

The sale would also undermine the expanding strategic alliance between New Delhi and Jakarta, whose main pillars are defence and marine security cooperation. The two countries, which are two of the fundamental pillars of maritime Asia, share a worry over China’s increasing assertiveness and might as well as a dedication to preserving a non-aligned and steadfastly independent foreign policy.

India and Indonesia have typically prioritised internal affairs at the price of projecting influence externally, as Don McLean Gill wrote in these pages last year, but this is swiftly changing in an era of resurgent Chinese dominance. In 2018, India and Indonesia created a comprehensive strategic cooperation and conducted the Samudera Shakti, a first-ever bilateral naval exercise.

The advantages of purchasing this potent new weaponry system for Indonesia are clear to see. The purchase of the more advanced BrahMos system would represent a significant upgrade to the nation’s maritime deterrent capability in the waters surrounding the Natuna islands, which overlap with China’s expansive “nine-dash line” claim and where over the past decade there have been numerous incursions by Chinese fishing boats and maritime militia vessels. The country’s navy has operated the ship-based Russian-origin Yakhont supersonic anti-ship cruise missile since 2011.

Above all, the purchase would be yet another indication of the regional arms buying frenzy that has been sparked by China’s maritime aggression and could see other Southeast Asian countries follow Indonesia’s lead.

KF-21 Boramae: After Us And China, South Korea Is Now Ready With Its Most Cutting-edge Fighter Jet 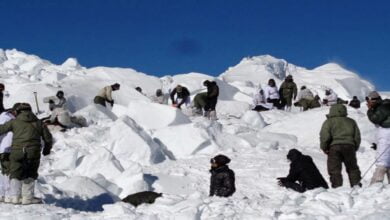 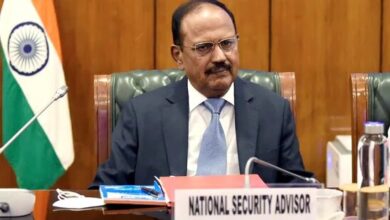