Could F-22s, B-2 Bombers, and possibly F-35 fighter jets be susceptible while flying over Iran and other hostile Middle Eastern countries? While such a scenario has not occurred in recent years, the status quo may no longer be entirely maintained.

Despite US reservations, Russia’s Ambassador to Iran, Levan Jagarian, told an Iranian newspaper that his country may supply S-400 air defence systems to Iran. According to Iran’s Tasnim News Agency, Jagarian stated, “We are not afraid of US threats and we will keep our obligations.”

Trump’s reluctance to press for the renewal of the 2015 Joint Comprehensive Plan of Action in 2018 has injected a new aspect into the debate over Iran’s potential to sell weapons to its proxies. According to the Iranian paper, the Trump administration has previously suggested that Iranian-supplied weaponry would stream into Iraq, Yemen, Lebanon, and other places where Tehran supports militant organisations.

What would possessing modern S-400s mean for Iran? The answer appears to be very dependent on how well the Russian-built defences have been updated. The most contemporary S-400 models employ a new generation of digital processors, computer networking, and radar-frequency detection, prompting some in the Russian media to assert that they can kill 5th-Gen stealth and B-2 bombers.

When it comes to heritage or current Russian air defences, which Iran is known to possess, the idea that stealth would be extremely vulnerable is dubious at best. However, upgraded S-400s and, of course, S-500s, may present a slightly different picture. However, this has yet to be confirmed.

Furthermore, the presence of more S-400s in the region increases the threat to Israeli aircraft flying in the vicinity, and might aid in the fortification of paramilitary terrorist groups or other hybrid-guerilla forces opposed to the US and Israel.

It appears that the major hazard with updated S-400s is related to computer processing rates and the extent to which they are networked to one another. Even if the technology or ammunition itself haven’t changed significantly, planes could be more vulnerable if their ability to maintain a “track” on an aircraft improves at higher speeds over greater ranges due to an ability to more swiftly integrate and network information.

If its high-speed data link technology improves the capacity of one air-defense station to discover and share details with another “node” within a bigger system, for example, broader areas could become exposed, and the regular radar-evading benefit of flying at high speeds could be reduced.

This Year, 8 Manik Engines Will Be Tested For A Range Of 1,500 Kilometres. LR-lACM; Ship-launched Variant To Be Developed First 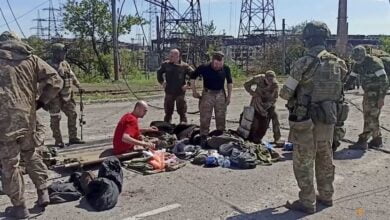