The government of MP is going to host the Invest Madhya Pradesh Global-Investors Summit 2023 on January 12, 2023, so that the aerospace and defence industry in the state can have more opportunities. The session will include talks about the opportunities in the State, what the industry wants from the State Government, the role of mega players and the State in promoting start-ups, the role of the private sector in building a strong defence and aerospace ecosystem, industry drivers, policy enablers, and more.

Madhya Pradesh is in the middle of Incredible India, and the aerospace and defence industries are starting to move there. Its location in the middle of the country gives the state an advantage when it comes to making it a manufacturing and distribution hub.

The strategic nature of defence supplies makes this a very important point. Over the past 10 years, the government has put a lot of money into making a good environment for businesses by building and improving infrastructure for businesses and making sure there is a steady supply of water and electricity. The same thing has led to fast growth in industry and big investments in the core industries.

There are 1.22 million acres of land in the state that can be given to businesses. From Gwalior to NCR takes only 4 hours by car. Also, Agra and Jhansi, which are both part of the Bundelkhand Defense Corridor, are only 100 km from Gwalior. The state is in the middle of the East-West corridor, the North-South corridor, and the Delhi-Mumbai Expressway. The upcoming Delhi-Mumbai Industrial Corridor, Atal Pragati Path, and Delhi-Nagpur Industrial Corridor will also make it easier to get around the state.

MP will also have a Rare Earth Metals park. These metals are used in almost every kind of high-tech product you can think of and have uses in business, industry, and the military. Since the demand for REE is always going up, the country needs to work together to increase its supply.

Right now, MP has 5 commercial airports that are open for business. Aside from that, there are 25 government airstrips and 3 private ones. A Drone school was also opened by the state government in Gwalior, and 4 more will open soon. Between Bhopal and Indore, there will also soon be a Greenfield Airport.

With defence production centres like Jabalpur, Itarsi, and Katni, Madhya Pradesh is one of the most important places in the country to make defence equipment. Jabalpur, Mhow, Gwalior, and Sagar all have important military cantonments, and Strike Corps – Sudarshan Chakra Corps is based in Bhopal, the capital city.

The city of Gwalior in the state is also home to the IAF’s No. 1, 7, and 9 Squadrons. There are six public defence units in the state. Four of them are in Jabalpur: the vehicle factory, the grey iron foundry, the gun carriage factory, and the ordnance factory, Khamaria. There is also an ordnance factory in Katni and another in Itarsi.

The State has a proactive and clear policy that gives the businesses in the sector a lot of good things to do.

In line with the country’s plan to become “Atmanirbhar,” the Madhya Pradesh government is ready to set up and promote aerospace and defence manufacturing and service industries in the state. It will help to speed up innovation and bring manufacturing back home so that the sector can become self-sufficient. 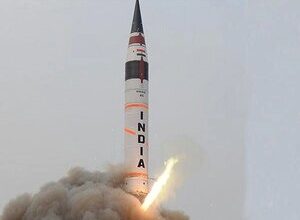