Although infiltration is at an all-time low, Northern Army Commander Lieutenant General Upendra Dwivedi warned on Friday that there are currently 200 terrorists staged across the border ready to launch attacks in Jammu and Kashmir.

He said that the truce along the Indo-Pak border has been working “good” since the February 2021 deal.

He claimed that the number of trained terrorists in Jammu and Kashmir is decreasing with each passing year, citing the elimination of 21 foreign terrorists so far this year due to a lack of local shelter and support.

“There are roughly 200 terrorists staging attacks across the Indo-Pak border. They’re waiting to be launched to this side across the (LoC) “In response to a query concerning security along the Line of Control (LoC) and across the J-K border, Dwivedi stated.

He claims that the anti-infiltration grid is foolproof.

“We made certain that all reserve troops were placed in the second line of defence to prevent infiltration,” he stated.

“The number of ceasefire violations has been quite restricted in the recent twelve months, to say the least — only one to three CFVs,” he stated.

However, he stated that the terror infrastructure seemed to be intact beyond the border. “Six large terrorist camps and 29 lesser terrorist camps exist. There are temporary launching pads near a number of military installations “he stated

Infiltration occurs not just through hilly areas and woodlands, but also through the International Border via Jammu, Punjab, and Nepal, according to him.

“Our goal is to identify these individuals and neutralise them as soon as possible,” he stated.

According to the Army commander, there are currently 40 to 50 local terrorists operating in the hinterland, in addition to unknown numbers of foreign terrorists.

“However, we have so far killed 21 foreign terrorists. It demonstrates that support for hiding terrorists is dropping by the day “he stated

Local militants who were neutralised, according to Dwivedi, were poorly trained and armed with only pistols.

He expressed alarm about radicalisation, saying that youths are increasingly being recruited and that this is a cause for concern for everyone.

“They are being schooled to combat the radicalization that Pakistan has instilled in them. There is a change following the repeal of Article 370 “he stated

“The army is instrumental in bringing about this shift.” According to Dwivedi, nearly 15,000 youngsters are being taught how to build a better future for themselves in their own nation in 48 goodwill schools.

When asked about the likelihood of the Armed Forces Special Powers Act (AFSPA) being repealed in J-K, he stated that AFSPA will be repealed the day armed guards and paramilitary on roadways are no longer required.

He stated that under Operation Shiva, sanitization and SOPs are being implemented for the Amarnath Yatra.

He predicted that the number of pilgrims will quadruple this year compared to 2019. “We must ensure that no terrorist acts occur during the yatra. Extra troops have been dispatched “he stated

India Will Test The Astra Mk-2 Missile With A Range Of 160 Km This Month, And The Astra Mk-3 By The End Of The Year: Report 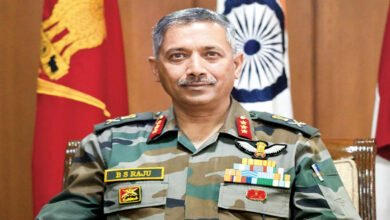 Almost All Defence Orders Will Now Be Placed With Domestic Companies