Most people say that the term “assault rifle” comes from Adolf Hitler, who used the German word “Sturmgewehr” for propaganda (which translates to “assault rifle”). A selective-fire rifle with an intermediate cartridge and a removable magazine is an assault rifle. During World War II, assault rifles were first made in large numbers and used by a lot of people. Here is a list of the world’s top 10 best assault rifles:

1. FN SCAR (Belgium)-The famous Belgian company Fabrique Nationale made the FN SCAR modular assault rifle to meet a request from the US Special Operations Command (US SOCOM). The US Special Forces asked for a new combat rifle that could come in different sizes. The platform for the FN SCAR modular assault rifle was made from scratch. It is not like any other design. It is a gas-powered weapon with selective fire. There are two basic models: the SCAR-L (light), which is chambered for 5.56×45 mm ammunition, and the SCAR-H (heavy), which is chambered for more powerful 7.62×51 mm ammunition. One other chamber is for a 7.62×39 mm Soviet round. 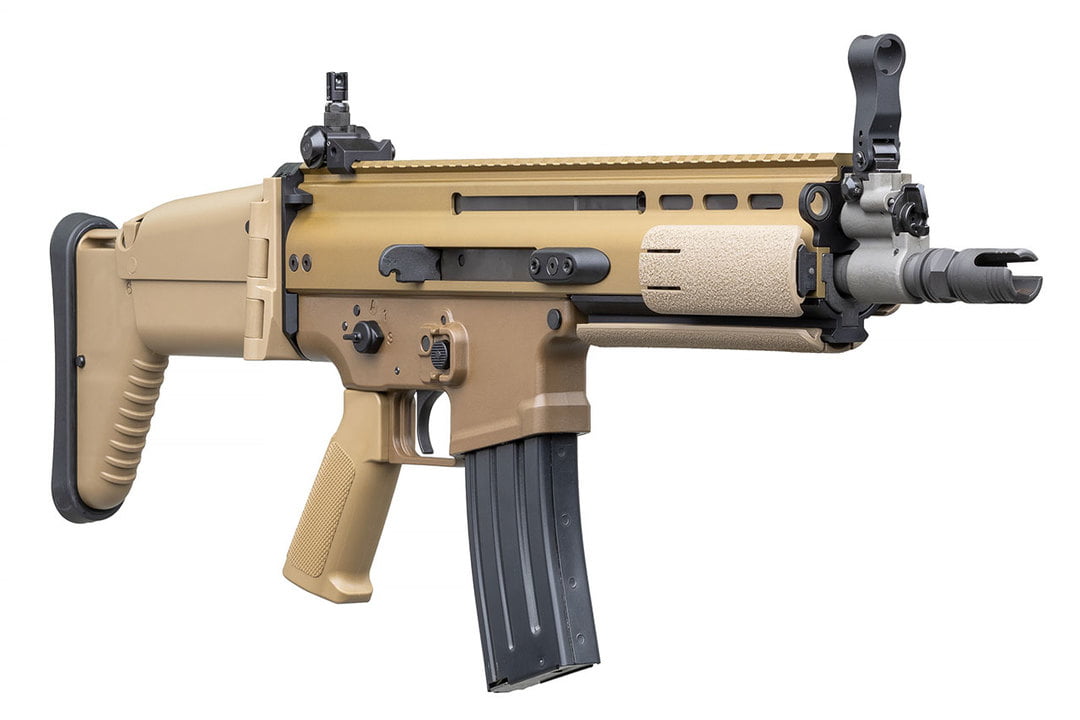 2. Heckler & Koch HK416 (Germany)- Heckler & Koch made the HK416 assault rifle in the 1990s to meet a request from the US Army’s Delta Force. It is a better version of the M4 carbine, which is used by the US military a lot. But the HK416 is made and changed by itself. At the moment, special forces and law enforcement agencies in more than 20 countries use the HK416. The HK416 has a scope rail that is like a Picatinny and can be used with different scopes. Also, the forearm has accessory rails on all four sides. Most accessories for the M4 and M16 can be used on the HK416, including a 40 mm grenade launcher that fits under the barrel. 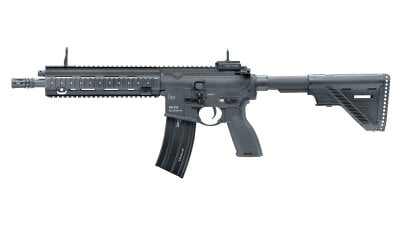 3. SIG SG 550 (Switzerland)- Since 1986, SIG has been making the SG 550. It became the standard military rifle for the Swiss Army in 1990. More than 20 countries have bought it. Elite and special forces units usually use it. There were over 600,000 of these assault rifles made. This weapon is made in the traditional way. It is powered by gas and has a chamber for standard NATO 5.56×45 mm ammunition. It may not seem like it, but the way it works is based on the AK-47. It’s one of the best 5.56-mm assault rifles ever made. Most SG 550 assault rifles used by the Swiss army are fed by clear magazines that hold 20 rounds. There are also magazines that hold 5, 10, and 30 rounds. If you clamp two standard magazines together, you can reload your gun faster. 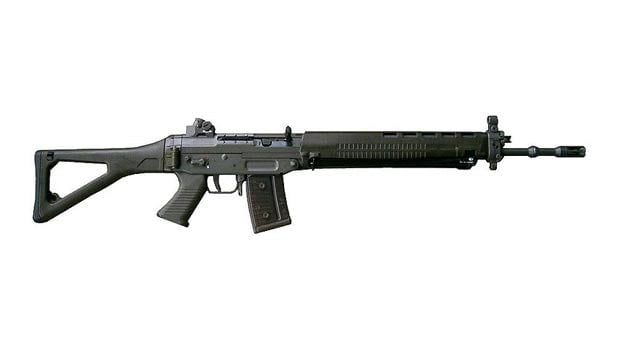 4. Tavor TAR-21 (Israel)- Israel Military Industries (IMI) made the Tavor TAR-21 assault rifle in the early 1990s. This weapon is easy to use, strong, and flexible. Israel took it up in 2006, and it is now the standard infantry rifle. More than 20 countries have bought this assault weapon. It is a bullpup-style assault rifle that fires selectively and is powered by gas. It is made to hold a standard NATO 5.56×45 mm round. The barrel can be replaced easily because the gun is made of separate parts. By changing the barrel, it can be used in many different ways quickly. The TAR-21 worked as promised. 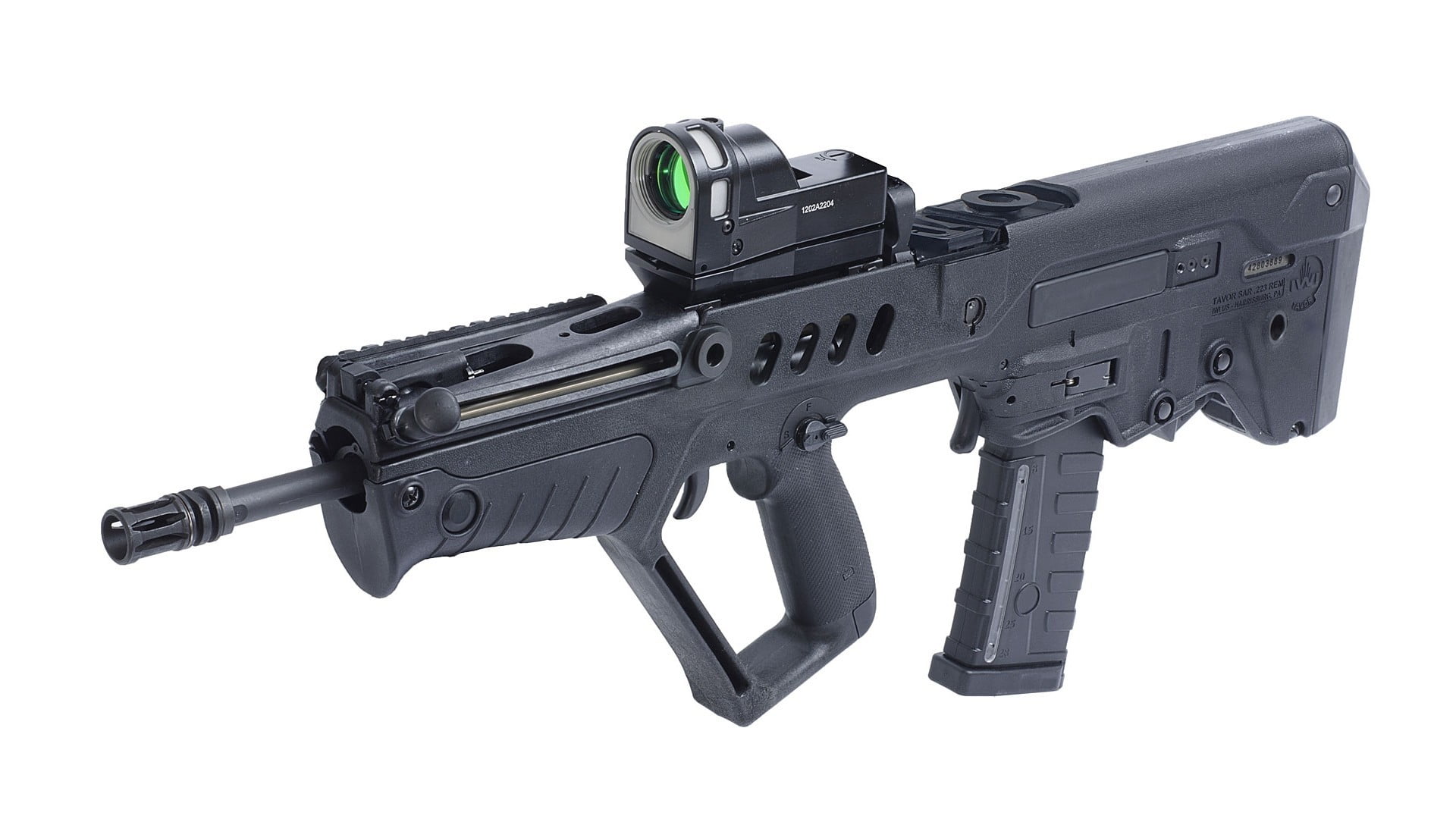 5. Galil (Israel)-In the late 1960s, the Galil assault rifle was made. It is called “Yisrael Galil” after one of its designers. This gun was made to look like the Finnish M62 assault rifle, which was made to look like the Soviet AK-47. The Galil, on the other hand, uses a different cartridge and has a few other differences. It was used by the Israel Defense Forces (IDF) until the early 1990s. It was first used in 1972. The Galil works the same way as the Kalashnikov assault rifle, but its recoil is less because it uses a modified gas system from the Finnish M62. It has a chamber for standard NATO 5.56×45 mm ammunition. The IDF went with this version. There is also a version that takes standard NATO 7.62×51 mm ammunition. For the standard 5.56×45 mm version of this gun, 35-round magazines are used. It also works with the Galil ARM light machine gun’s 50-round box magazines. The 7.62×51 mm version uses magazines that hold 25 rounds. 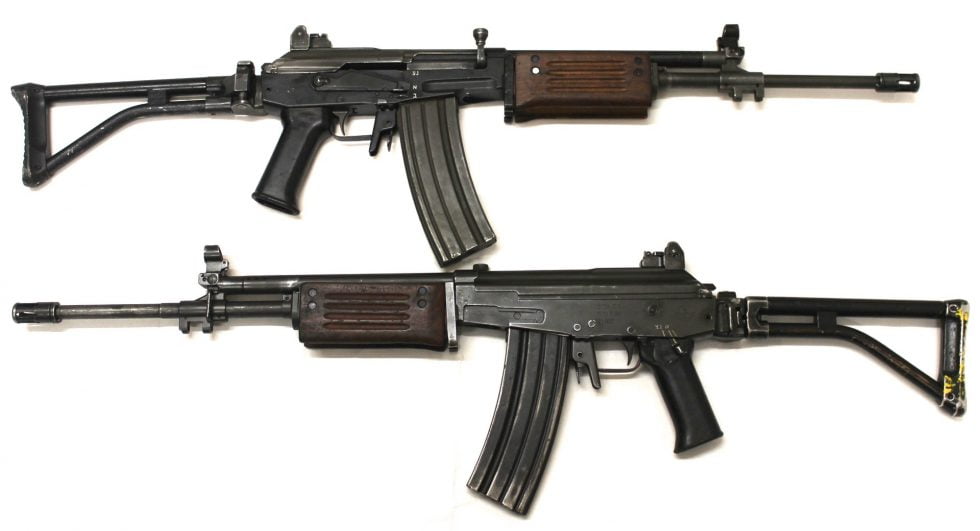 6. Steyr AUG (Austria)- Austria made the Steyr AUG (universal army rifle). In 1977, the Austrian Army started using it. When it first came out, many people thought it was a big change. As soon as it came out, the AUG was very popular. Standard NATO 5.56×45 mm ammunition can be used in the gun. It is a gas-powered weapon with selective fire. But it had an odd layout. The design of this assault rifle is also modular. So, by changing the barrel, it can be quickly adapted to a wide range of roles. There are four basic barrels: a standard barrel, a compact barrel, a carbine barrel, and a light machine gun barrel. With this feature, the same weapon can be changed to fit the needs of the mission. 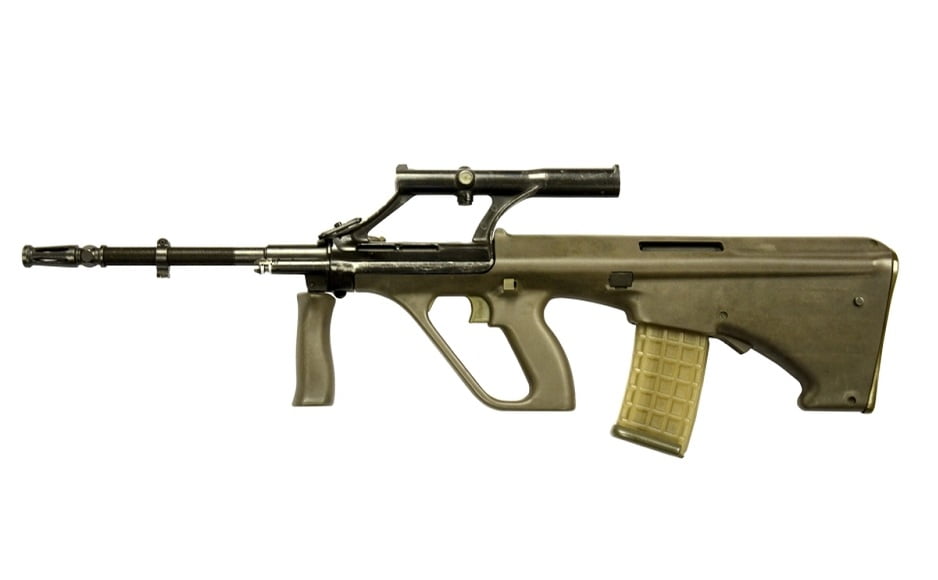 7. AK-47(Russia)-The AK-47, also called the Kalashnikov, is a 7.6239mm gas-powered assault rifle that was made by Mikhail Kalashnikov in the Soviet Union around WWII. It is the first gun in the family of Kalashnikov rifles, or “AKs.” The number 47 means that it was finished in the year 1947. The 7.6239mm cartridge shoots out of the AK with a muzzle speed of 715 m/s (2,350 ft/s). The weight of the cartridge is 16.3 g (0.6 oz), and the weight of the projectile is 7.9 g (122 gr). The 7.6239mm M43 projectile doesn’t usually break up when it hits an enemy, and it has an odd tendency to stay together even when it hits bone. The 7.6239mm round does a lot of damage when the bullet tumbles (yaws) in tissue, but it does less damage when the bullet leaves the body before it starts to yaw. When there is no yaw, the M43 round can go straight through tissue with little damage. 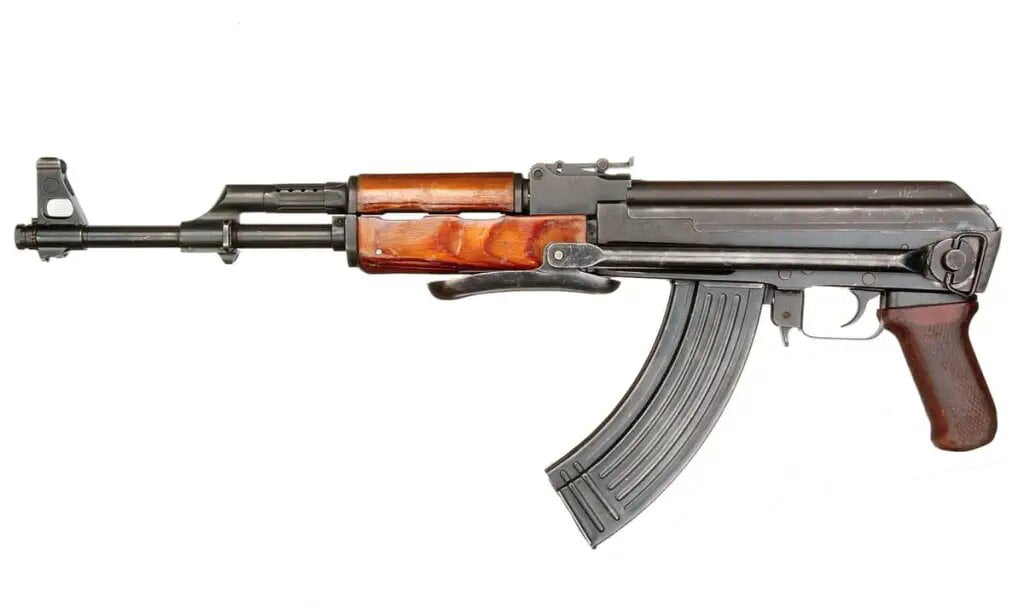 8. Heckler & Koch G36 (Germany)-Heckler & Koch made the G36 assault rifle to replace the G3 assault rifle that is used by the Bundeswehr. Since 1995, the G36 has been the standard infantry rifle for the German military. This weapon did well overseas. More than 40 countries all over the world have bought it. This assault rifle is fed by transparent plastic box-shaped magazines that hold 30 rounds. Clipping two or three magazines together lets you load your gun quickly. This gun can also be used with dual drum magazines that hold 100 rounds each. After some adjustments, any standard NATO 5.56×45 mm magazine will fit in this rifle. 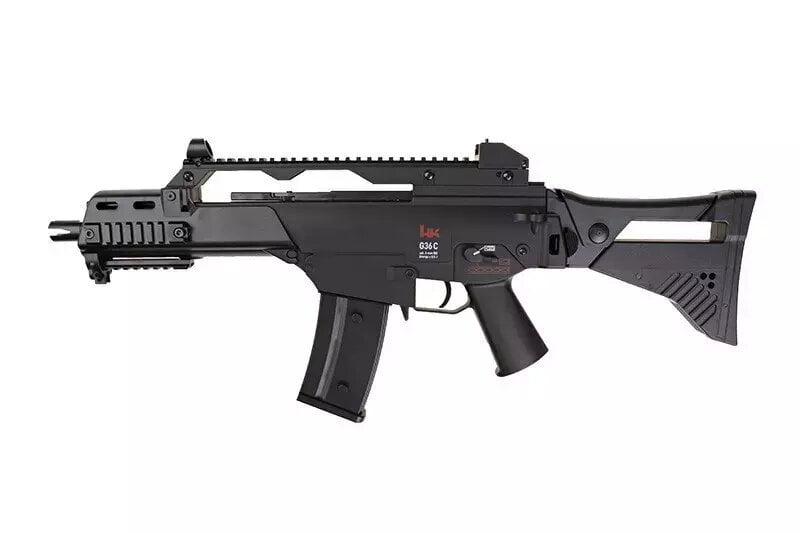 9. AK-103 (Russia)- The AK-74M, which is widely used by the Russian Army and many other countries around the world, led to the AK-100 series of assault rifles. Technically, these assault rifles are similar to the famous AK-47, but they are made with new materials and better production methods. The AK-103 is one of these weapons. It’s made to hold 7.62×39 mm bullets. It is the original ammunition for the famous AK-47 assault rifle. When compared to the 5.45×39 mm-chambered AK-74M, it has better penetration and stopping power. There is also an AK-101 that uses the standard NATO 5.56×45 mm ammunition. 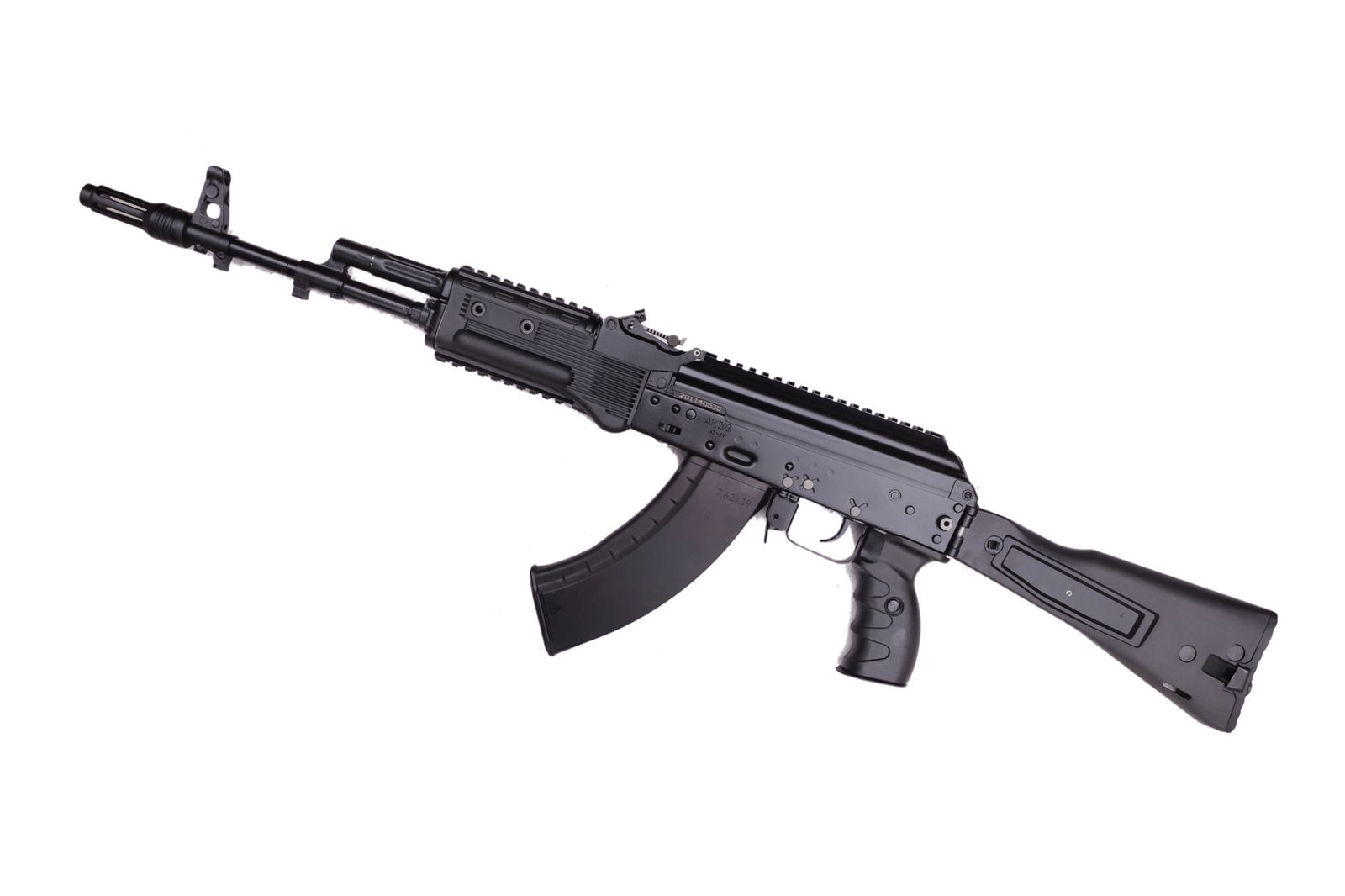 10. M16 (USA)- In the late 1950s, this gun was made. At the time, it was an extremely modern design. The US Army wanted a weapon that was very light. To save weight, the M16 is made of a number of light materials. It is made out of aluminium instead of steel, and fibreglass instead of wood. It’s also made to be comfortable to use. It had many features that had never been seen before. It was called the “Space Rifle” when it was first made. The barrel and buttstock are in the same line. This feature makes the recoil a lot less. During fully automatic fire, it works smoothly and is easy to control. So, when it is firing automatically, it is much more accurate than many other assault rifles. It has a decisive advantage because it is so accurate. 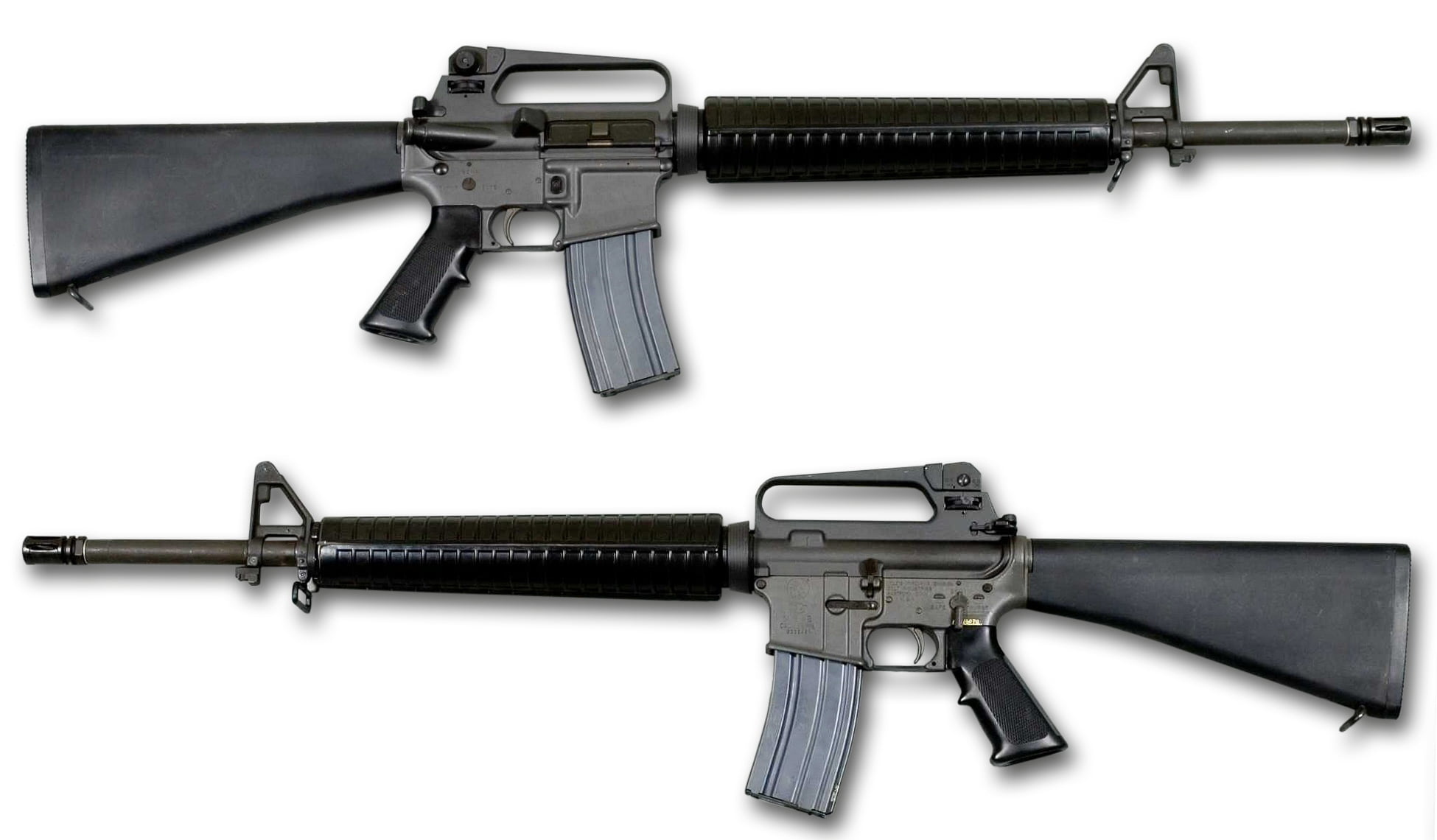 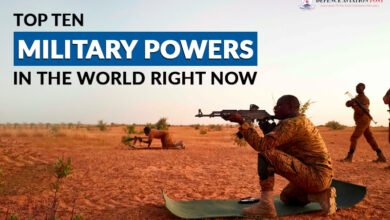 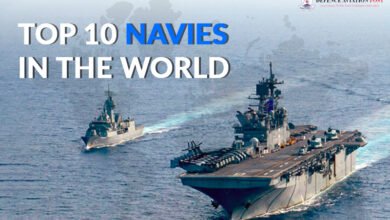 From Rafale To S-400, Here Are Five “Pathbreaking Weapons” That Will Greatly Improve Indian Military’s Firepower In 2021 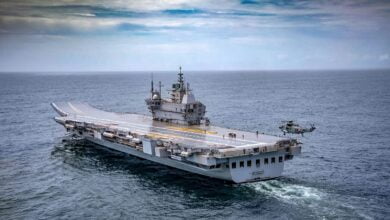 With The INS Vikrant, India Joins A Small Group Of Countries That Can Build Aircraft Carriers: Which Are These Nations?