The United States has been unnerved by Russia’s employment of the ‘Kinzhal’ hypersonic missile in Ukraine, the first time it has been employed in combat. According to the Associated Press, the US Navy, which has lagged behind Russia in developing hypersonic weapons, plans to deploy its first on a warship in early 2023.

The United States is in a race with Russia and China to develop these weapons, which travel eight times faster than sound and are difficult to shoot down due to their flexibility. The US-developed weapon would launch like a ballistic missile and release a hypersonic glide vehicle before striking the target.

Bath Iron Works, a General Dynamics subsidiary, is said to have started engineering and design work on the modifications needed to deploy the weapons system aboard three Zumwalt-class destroyers in Maine. Work on the missiles is expected to begin in October 2023 at an undisclosed shipyard, according to the US Navy.

The three stealthy Zumwalt-class destroyers that will be outfitted with the new weapons will have plenty of capacity to accommodate them thanks to a design defect that benefits the Navy. 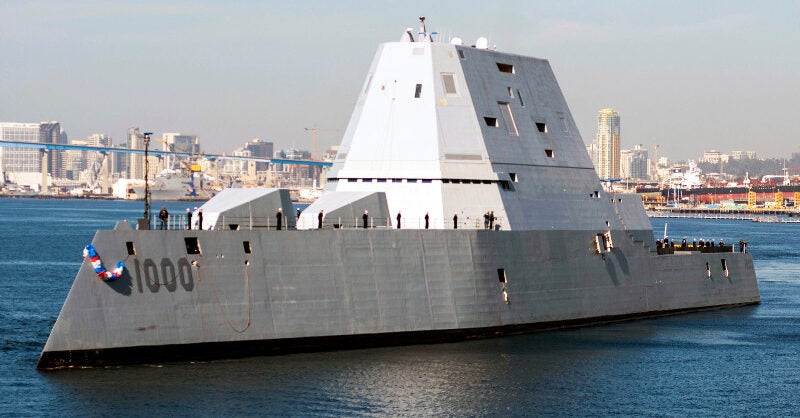 The ships were built around a gun system that could reach targets up to 90 miles away with GPS-guided, rocket-boosted bullets. Because the bullets were too expensive, the Navy scrapped the system, leaving each ship with a useless loading system and a pair of 155-mm cannons hidden under angular turrets.

According to Bryan Clark of the Hudson Institute, the retrofitting of all three ships will cost more than $1 billion but will provide the Navy a new capability for the tech-laden, electric-drive ships that have already cost the Navy $23.5 billion.

According to the Navy, the weapons will be deployed on destroyers by 2025 and Virginia-class nuclear-powered attack submarines by 2028. Russia claims to have ballistic missiles capable of launching hypersonic glide vehicles and hypersonic cruise missiles.

It is equipped with the most modern and deadliest hypersonic missiles, such as the Avangard, Tsirkon, and Kinzhal. The DF-17 is also used by China to transport its hypersonic glide vehicle. Although both of the US’s enemies have hypersonic weapons, the US is lagging behind in this important military technology.

Why are hypersonic weapons so frightening to the United States? 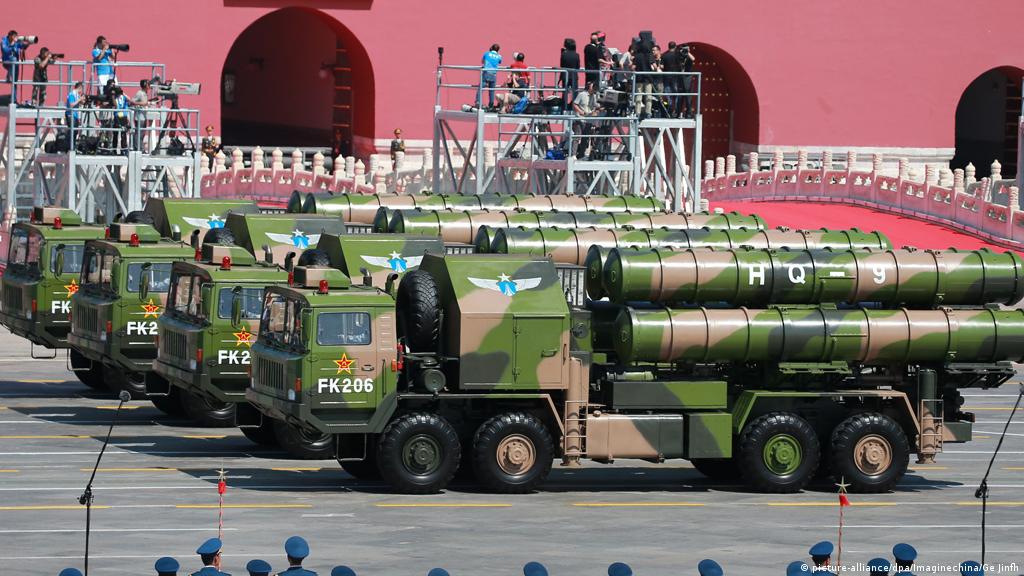 Hypersonic weapons are those that move at speeds greater than Mach 5, or five times the speed of sound. This equates to almost 3,800 miles per hour (6,100 kph). Intercontinental ballistic missiles are far more powerful than hypersonic missiles, but they follow a predefined path that makes them interceptible.

Due to their agility, which makes their movement unexpected and gives little time to respond, existing missile defence systems in the United States, such as the Navy’s Aegis, would struggle to intercept such objects.

They are designed to be able to make rapid and unexpected changes throughout their flight routes, as opposed to standard ballistic missile trajectories, which follow a predetermined trajectory. They are particularly difficult to identify and track, especially with sensors built for traditional ballistic missiles, due to their mobility, fast speed, and general flight profile, as EurAsian Times previously reported.

MDA and the US Space Force haven’t said how far they can track hypersonic missiles or how close they are to intercepting one.  Due to their agility, which makes their movement unexpected and gives little time to respond, existing missile defence systems in the United States, such as the Navy’s Aegis, would struggle to intercept such objects.

They are designed to be able to make rapid and unexpected changes throughout their flight routes, as opposed to standard ballistic missile trajectories, which follow a predetermined trajectory. They are extremely difficult to identify and track, especially with sensors meant for traditional ballistic missiles, because to their mobility, high speed, and general flight profile.

MDA and the US Space Force haven’t said how far they can track hypersonic missiles or how close they are to intercepting one. Hypersonic missiles may fly low and manoeuvre throughout the cruise phase to avoid radar detection and strike high-value targets. According to US Rep. Jim Cooper, a Tennessee Democrat who chairs a program-monitoring subcommittee, the US is trying to catch up because it has resisted investing in new technologies, with only a tenth of the 10,000 people working on the programme in the 1980s. We’ll have to devote more money, effort, and expertise than we are right now if we want to reach parity, he said.

The invasion of Ukraine by Russia serves as a backdrop for the Pentagon’s budget request, which will be released later this month and will detail the Pentagon’s plans for hypersonic and other military weapons. The US has changed its focus to hypersonic weapons after hesitating in the past owing to technological hurdles. Meanwhile, the enemies continued to conduct research and development.

Russia fired a salvo of Zircon (Tsirkon) hypersonic cruise missiles late in December, indicating the end of weapon testing. However, Loren Thompson, a defence analyst at the Lexington Institute, believes that Russia may be exaggerating the capabilities of such superweapons to compensate for inadequacies in other areas. He claimed Russia doesn’t have many of the weapons right now, and it’s unclear how effective they are.

Deployments in the face of China

According to Clark, the hypersonic missile-equipped warships would be stationed in the Pacific Ocean as a deterrent to China if it felt emboldened by Russia’s attack on Ukraine and decided to invade Taiwan.

According to reports, the US has been testing its Long Range Hypersonic Weapon system, a land-based surface-to-surface hypersonic weapon that will be placed in Guam for Taiwanese defence. It does not, however, currently have a hypersonic missile in its arsenal.

The United States has always faced challenges in developing and deploying hypersonic weapons. After a string of test failures earlier this year, the Air Force’s ambitions to buy its first hypersonic missile hit a new stumbling hurdle.

Congressional appropriators cut funds for the service’s key hypersonic weapons programme in a new fiscal 2022 omnibus budget bill. The $161 million US Air Force purchase plan for the AGM-183A Air-Launched Rapid Response Weapon, which was proposed and passed on March 9, was omitted from the compromise budget bill.

China, on the other hand, has made significant progress in hypersonic technology testing and development. The Chinese glide vehicle was previously believed to have fired a sub-munition into the South China Sea after unleashing a hypersonic missile that circled the globe, surprising the US.

However, like the previous two test flights, the third test flight of the US AGM-183A Air-Launched Rapid Response Weapon was a failure. In a recent test, the missile was unable to remove itself from the wing of a B-52H bomber. The failure of the American tests gave China a chance to criticise the United States’ hypersonic programme while highlighting its own.

US Could Offer India Fastest, Most Powerful Heavy-Duty Fighters That Can Outsmart Chinese J-16s In Mountain Combat