Since their separation as sovereign nations in 1947, New Delhi has been defensive and Islamabad has been magnanimous in handling the situation following the “inadvertent” launch of an unarmed missile (most likely a Brahmos) from the Indian town of Sirsa on March 9, which flew hundreds of kilometres before crashing in Pakistan’s eastern city of Mian Channu, about 500 kilometres (310 miles) from the capital Islamabad. It had travelled 124 kilometres (77 miles) through Pakistani airspace.

India and Pakistan, both nuclear-weapons states with short- and long-range missiles capable of delivering conventional and nuclear warheads, lack a systematic risk-mitigation agreement like the one that still exists between the United States and Russia to avoid a war, particularly a nuclear war.

Such a system addresses the issues of system safety, security, and intent interpretation that plague weapon delivery systems. The goal is to minimise escalating tensions, an unintended or accidental launch, and the possibility of being used in a regional nuclear conflict.

In the absence of such systems, both Delhi and Islamabad have handled a serious issue in a “much-matured manner” that has received widespread praise.

India has expressed “deep remorse” and established an investigation to determine how the “accident” occurred, promising to punish those responsible. Pakistan appears to have accepted India’s apology, though not before emphasising its desire to be a party to the investigation. Overall, Pakistan would have suffered significantly if the missile had been armed and had landed near or on a populous area.

Isn’t it past time for India and Pakistan to establish some firm risk-mitigation methods, regardless of the nature of their relationship? Experts and experts from all around the world will largely say “Yes,” based on their knowledge and experience of the events between Moscow and Washington.

In 1979, an unintended introduction of a training video showing a missile strike into the live warning system resulted in misinterpretation of missile-related data. The immediate impression was that the “Attack was Under Way” and the US had to counterattack eight minutes after Warning Screens showed 1,400 Soviet ICBMs reaching North America.

However, it was discovered that the alert was erroneous within six minutes of reviewing the hazard. “Human and system errors” were blamed for the misleading warning: A technician had inserted a training film into a computer, which subsequently sent the data to the main US warning centres in an inexplicable manner.

In 1980, another incident involving a faulty computer chip resulted in a false indication of a Soviet missile assault. This one was more serious than the one the year before. It was a computer error this time, not a human error. When the key US warning centres all received notification of a large incoming nuclear strike on June 3, a serious computer chip malfunction developed.

President Jimmy Carter’s then-National Security Advisor, Zbigniew Brzezinski, awoke at 3 a.m. to a phone call informing him that a massive nuclear attack on the US was underway and that he should prepare to call the President. Brzezinski, on the other hand, did not do so; he later admitted that he had not even woken up his wife, expecting they would all be dead in 30 minutes!

Russian officials, for their part, mistook a missile launch as a collaborative Norwegian–American research rocket investigation of the northern lights in 1995. Despite previous notice, Russian authorities were unaware of the situation and utilised their internal hotline to discuss retaliatory strikes.

President Boris Yeltsin’s black nuclear-command bag arrived minutes afterwards. Confusion prevailed for several anxious minutes while Yeltsin chatted on the phone with his defence minister, until it was discovered that someone on the Russian side had forgotten to inform the radar technicians, who then hinted that an American first strike was imminent.

According to reports, this was the first time a Russian or Soviet leader utilised a nuclear briefcase in reaction to a real-life threat. Thankfully, Yeltsin judged that it was not the first strike and did not retaliate, sparing the world from disaster.

Nuclear War Between India and Pakistan
However, given the context of longer-range US/USSR intercontinental missile threats and the fact that the US and USSR/Russia were physically separated by thousands of kilometres, there was sufficient time. Given the short flight periods connected with their missiles, India and Pakistan’s decision-makers do not have that luxury.

Cities like Lahore and Amritsar are within a few kilometres from the Pakistani border.  The border is less than 100 kilometres from Islamabad, and less than 400 kilometres from Delhi. Because sensors take time to identify a missile already in flight, warning timings are even shorter when missile flight times are only a few minutes.

Due to delays in communicating with decision-makers, assessing information, making judgments, and finally giving orders on how to respond, response times are even shorter.

As a result of this situation, the missile may reach the targets before the decision-making process to determine how to respond is completed, or decision-makers may respond prematurely before thoroughly assessing the warning information received.

Given this alarming reality, experts recommend measures for “better predictability” in the India-Pakistan environment, which would directly contribute to the strategic relationship’s long-term stability. 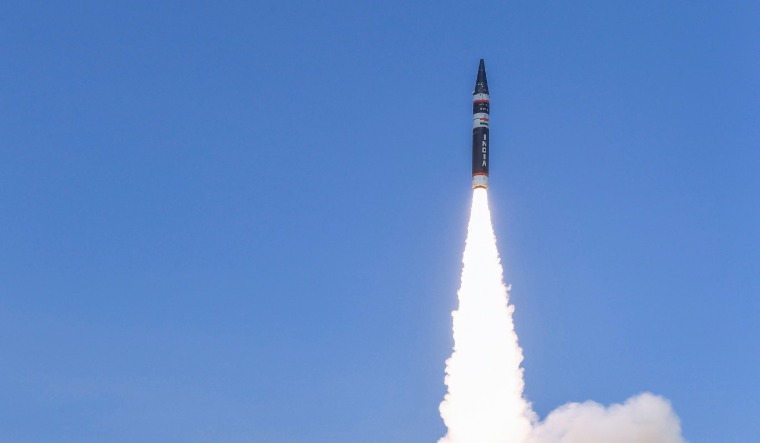 India-Pakistan Measures to Increase Confidence
The objective is that both sides should feel more certain that there would be no unexpected military events that jeopardise their security. It can be accomplished in a variety of ways, three of which are particularly notable.

First and foremost, communication is thought to be crucial. To avoid misperceptions by adversaries or potential adversaries, communication about specific weapon programmes and their deployments or actions could be transparent. Public affirmations of their doctrines, voice conversations between their leaders, sensor or other data, photographs, or text messages are examples of such communication. The system might potentially serve as a “hotline” for military and political leaders.

Second, agreements on missile non-deployment and de-alerting could be reached. In general, deployed weapons systems that are supplied to operational military units and can be employed by such units in support of military objectives on short notice do not give decision-makers enough time to consider their options.

De-alerting procedures are “reversible operations taken to increase the time or effort required to launch a ballistic missile,” according to the definition. These safeguards are intended to prevent accidents or unauthorised use of a weapon system, as well as to slow the deliberate or intended use of a weapon system by requiring time to fully re-deploy it.

Finally, limiting missile system deployment to certain geographic locations can always reduce dangers. This is especially desirable for shorter-range missiles, whose relocation away from borders and out of range of the opposing side could increase trust and lessen the danger level.

In fact, India accomplished this in 1997 by relocating Prithvi missiles from Jalandhar, Punjab, to Secunderabad.” This effectively created a unilateral non-deployment zone for these systems along the border. Overall, India and Pakistan have no long-term risk-mitigation mechanisms in place, with the exception of a December 1988 agreement in which both sides committed not to strike each other’s nuclear installations.

The agreement to not attack each other’s nuclear installations was confirmed in 1991 on the condition that on January 1 of each year, the two countries share an updated list of nuclear locations in their respective nations.

It should be remembered that an MoU was signed following Indian Prime Minister Atal Behari Vajpayee’s historic visit to Lahore in 1999, however it was not carried out in its entirety. Agreements to exchange information on nuclear doctrines and security concepts, providing advance notification of ballistic missile flight tests, promptly notifying nuclear accidents or unauthorised or unexplained incidents, and establishing communication hotlines to avert crisis situations were all mentioned in the Memorandum of Understanding.

The 1988 agreement forbidding assaults on each other’s nuclear facilities and exchanging a list of their nuclear installations is the only agreement between India and Pakistan that has been executed so far.

Of course, there is a hotline between the Directors-General Military Operations, which was maybe used to control the situation when the aforementioned Indian missile was accidentally released.

However, when there is a general lack of trust and confidence, this may not be enough. When there is trust in the accuracy of the information offered, communication can be quite reassuring. And that necessitates independent reviews of data from other sources, such as intelligence data, on a regular basis.

Overall, the predictability of the military relationship between the two countries is critical to avoiding war. In this sense, India and Pakistan have a lot of work to do.

Stop Russia In Ukraine To Prevent China From Occupying Taiwan

What is India's Ballistic Missile Defense Program: How Can it Protect Our Airfield?