The government started the ‘Agnipath’ military recruitment scheme on Tuesday. In the day, the Cabinet Committee on Economic Affairs (CCEA) and the Union Cabinet met and approved the proposal for the armed forces’ ‘Agnipath’ initiative.

Soldiers are freed after four years of duty under the programme, with only 25% of the top professionals being re-inducted as permanent members.

Soldiers who are recruited under the new system will be referred to as ‘Agniveers.’ They will have their own rank in each of the three services, as well as their own insignia on their uniforms. 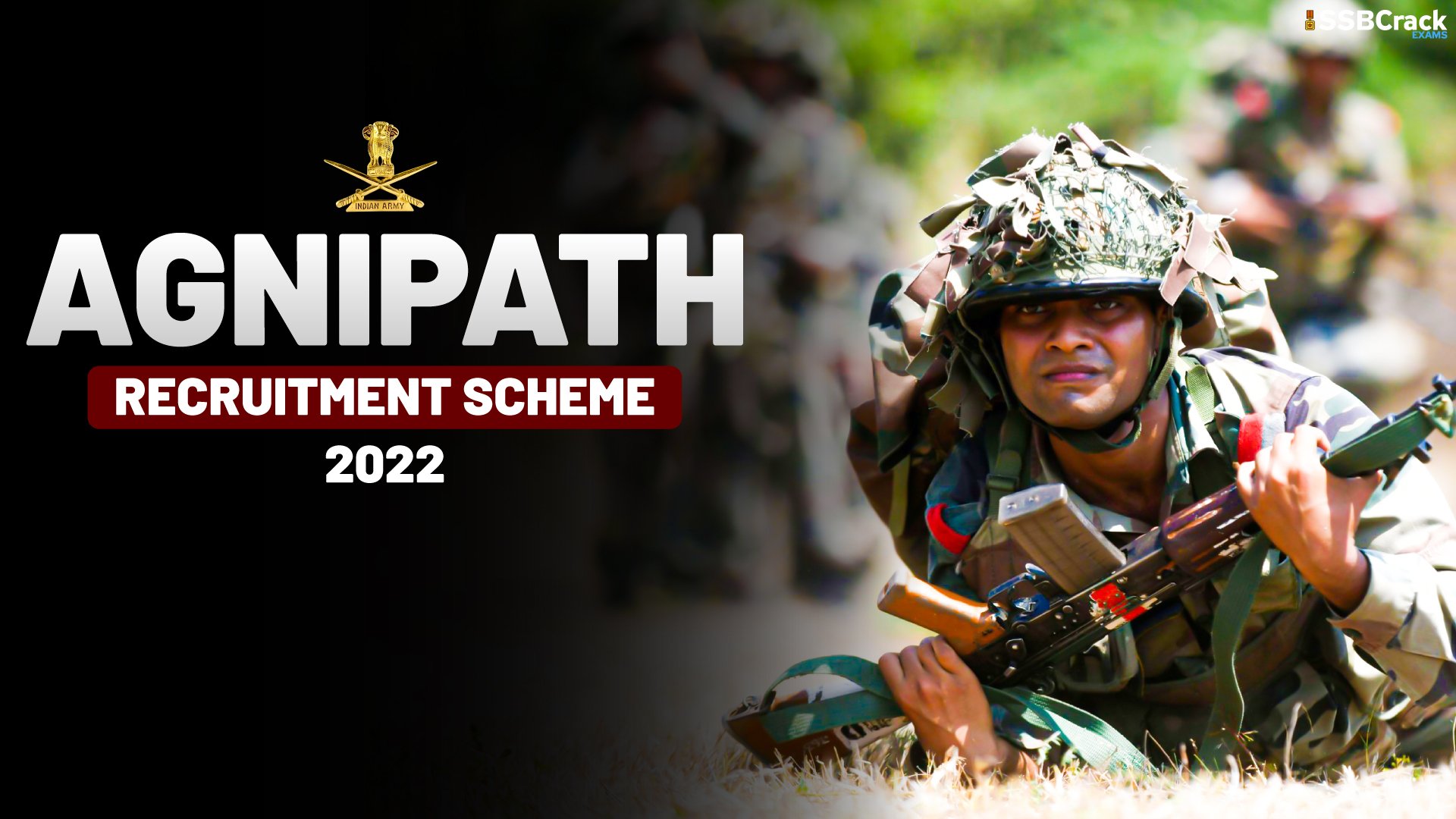 The programme is only available to soldiers, not officers. This year, the government plans to recruit 46,000 Agniveers.

New recruits will be given a monthly package that includes risk and hardship allowances, among other things. They would be paid between Rs 30,000 and Rs 40,000 per month. During this time, the Agniveers would also receive a non-contributory insurance cover of Rs. 48 lakh.

Enrolment for all three military units will be done using a centralised online system. To enrol, candidates must meet the medical qualifying standards.

Defence Minister Rajnath Singh stated at a press conference that the initiative will provide more opportunities for young people to serve the country. The initiative is also expected to save the government a significant amount of money, which will be utilised for military modernization.

The scheme is called AGNIPATH and the youth selected under this scheme will be known as Agniveers. pic.twitter.com/ogrikrmhcz

The proposal will reduce the military’s increasing pension expenditure, as 50% of the defence budget is spent on salaries and pensions. The youth will not be required to serve in the military for an extended period of time under the system.

Soldiers will receive a yearly package ranging from Rs 4.76 in the first year to Rs 6.92 in the fourth year under the Seva Nidhi Package. The allowances are as follows: The annual package, including contribution and interest, will be roughly Rs 11.7 lakh after four years of service. Agniveers will contribute 30% of monthly emoluments, with the government contributing a corresponding sum. It will not be subject to income tax.

#AgnipathRecruitmentScheme | On completion of the engagement period of 4 years, ‘Agniveers’ will be paid one-time ‘SevaNidhi’ package… which will be exempt from Income Tax. There shall be no entitlement to gratuity & pensionary benefits: Ministry of Defence pic.twitter.com/dFae7Qi9yx

The three service chiefs were present at the press conference. The Additional Secretary of the Department of Military Affairs, Lt Gen Anil Puri, stated, “Today’s average age is around 32 years, but it will eventually drop to 26 years. In six to seven years, this will occur.

To make the armed forces more youthful, tech-savvy, and modern, the youth’s potential must be harnessed and he must be made a future-ready soldier “..

Air Chief Marshal VR Chaudhari, the Chief of Army Staff, stated that the IAF will provide ‘Agniveers’ with a wide spectrum of training and exposure in aircraft, weapons, and sophisticated ground systems. “The Agniveers scheme also allows the IAF to analyse both ability and attitude of young people,” he said, “and prepare them for additional specialised training in aviation and non-aviation skills required by the IAF, should they choose to join as regular air warriors.”

According to the initial idea, the Army would conduct recruitment under the new scheme, with 50 percent of new recruits serving for three to five years and the balance serving for considerably longer.

The plan would be called the ‘Agnipath.’ According to the initial idea, some troops would be discharged after three years of duty, while others would be released after five years.

According to sources published by the news agency PTI, some of the soldiers may serve for a longer period of time. According to the article, these suggestions have undergone some adjustments in the recent few weeks.The Army currently recruits persons through the Short Service Commission (SSC), which has a 10-year initial term that can be extended to 14 years.

Prime Minister Narendra Modi was briefed on the proposal by the three services chiefs two weeks ago. It would allow soldiers to be inducted into the security forces for a limited time. The Department of Military Affairs is in charge of implementing the plan.

J-K: In A Shopian Encounter, A Terrorist Who Shot A Bank Manager In Kulgam Was Killed

According The Air Force Chief Of Staff, Space-based Assets Can Be Used For Military Purposes

Madhya Pradesh To Use Opportunities In The Aerospace And Defence Sectors